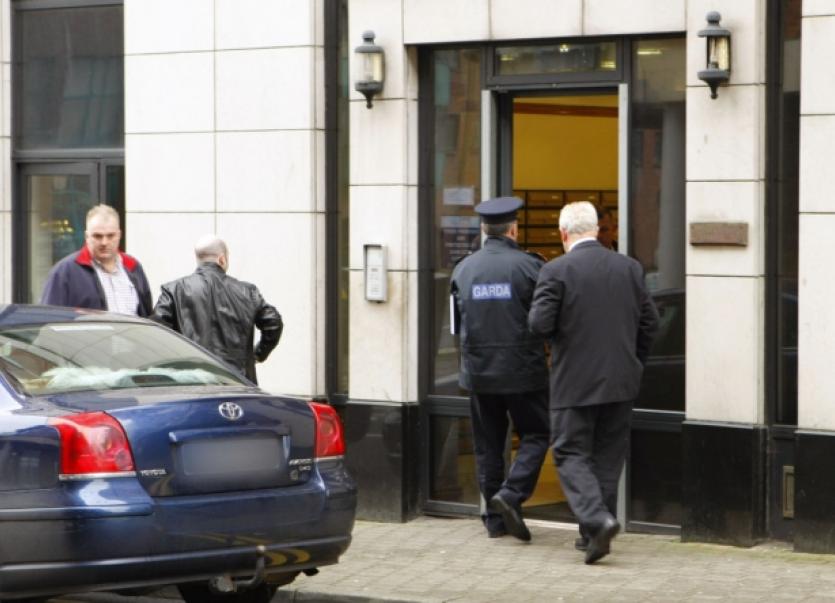 GARDAI have launched a murder investigation after a ‘frail’ man in his sixties and who was in poor health was stabbed to death in the city in the early hours of Sunday morning.

GARDAI have launched a murder investigation after a ‘frail’ man in his sixties and who was in poor health was stabbed to death in the city in the early hours of Sunday morning.

The man, named as separated father of three Patrick Redmond, 65, was found stabbed on the floor of a neighbour’s apartment in Mount Kennett Place and later died in Limerick University Hospital.

After the results of a post-mortem were established, gardai at Henry Street confirmed that a murder investigation had been launched and were working to establish a motive.

“Death was as a result of a single stab wound. Our enquiries are going to continue, but it is a murder investigation,” said Superintendent Dan Keane late on Sunday.

It is understood that one possible line of enquiry is that the incident have been related to a domestic issue.

The apartment and a second one in the Mount Kennett complex remain sealed off this Monday.

Mr Redmond was originally from Dublin but had been living in Limerick for a number of years.

Gardai at Henry Street were called to an incident shortly after 2am on Sunday morning. When they arrived, they found Mr Redmond unconscious and he had been stabbed once in the upper chest area.

He was removed to University Hospital Limerick, where he subsequently died from his injuries at about 8am on Sunday.

Mr Redmond, who was described as being “quite frail” and in poor health, did not have a criminal record and was recently released from hospital where he was being treated.

A technical examination of the scene was carried out in the apartment on Mount Kennett Place, the State Pathologist notified and house to house enquiries conducted.

An incident room was established at Henry Street and Supt Keane made an appeal for witnesses to come forward.

“We have made an appeal for witnesses in respect of anyone who was in that area to come forward in confidence and speak to us in Henry Street Garda Station,” he told the Limerick Leader.

“We are appealing for witnesses or anybody who may have information, who may have been in the Mount Kennett Place road, outside or inside the apartments any time between 10pm on Saturday night and 2am on Sunday morning, to come forward and speak to us in confidence at Henry Street,” he added.