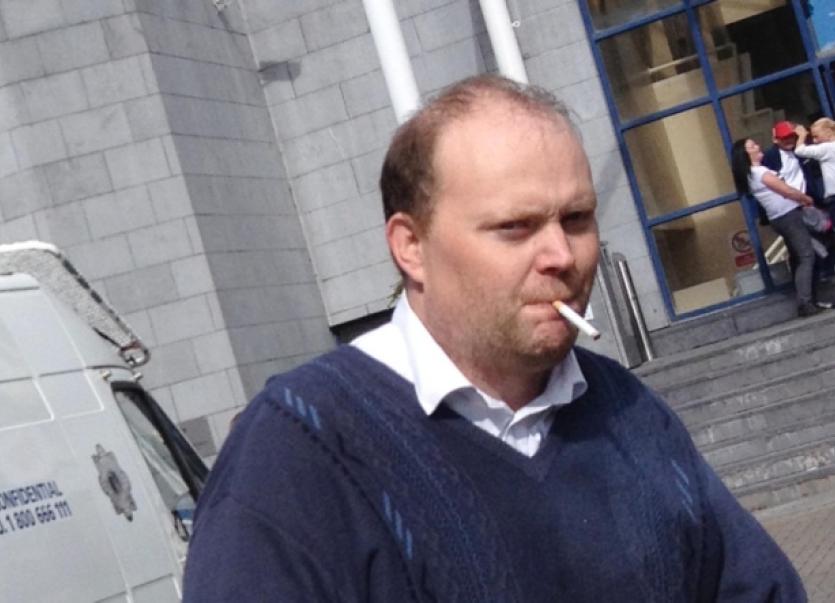 A BALLYSIMON man has given an undertaking not to drive, after he was charged with leaving the scene of two road accidents on the outskirts of the city.

A BALLYSIMON man has given an undertaking not to drive, after he was charged with leaving the scene of two road accidents on the outskirts of the city.

Limerick Court was told that Aidan Power, aged 36, of Miltown, Ballysimon was arrested at around 10.30pm on Sunday, September 2 shortly after gardai were alerted to the accidents at Ballysimon Road.

It is alleged that a car being driven by Mr Power was in collision with two vehicles and that he failed to remain at the scene afterwards.

Garda Claire Tierney gave evidence of arresting the defendant at his home which is a short distance from the scene of the road traffic accidents.

Mr Power is also charged with dangerous driving at Ballysimon Road on the same date.

He was granted free legal aid and solicitor Julianne Kiely was assigned to represent him by Judge Eugene O’Kelly.

Sergeant Donal Cronin said directions had been sought from the DPP in the case and that there was no objection to bail.

However, he asked that a number of conditions be imposed on the defendant as part of his bail.

Judge O’Kelly ordered that Power sign on daily at Roxboro Road garda station and that he obey a nightly curfew.

The defendant must “be of sober habits” when in public and he was also ordered not to have any contact with any of the potential witnesses in the case.

In his direct evidence, the 36-year-old gave an undertaking to the court that he would not drive any mechanically propelled vehicle pending the conclusion of the case against time.

The judge granted Mr Power bail and he adjourned the case until October 23 next when directions are from the DPP will be available.