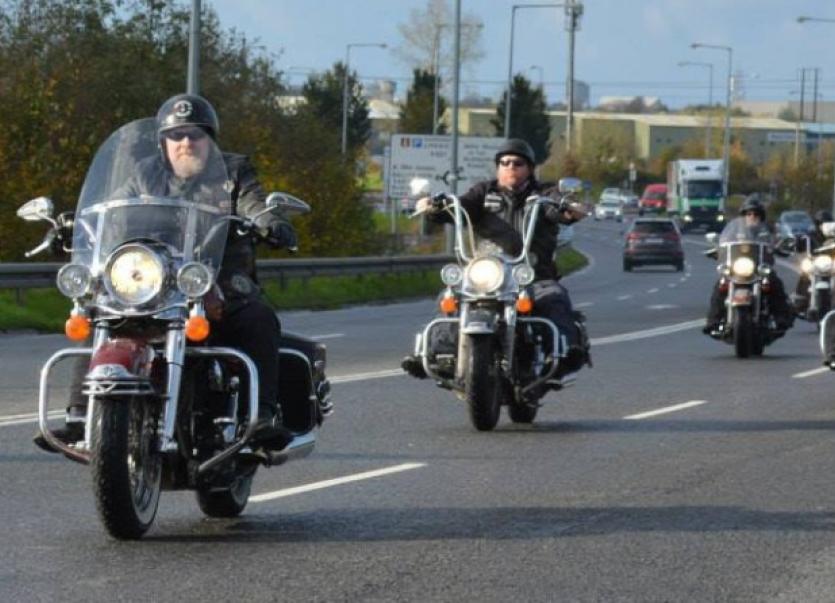 THE FUNERAL arrangements have been announced for the 51 year-old father and motorcycling enthusiast who was shot dead in the Limerick village of Murroe on Saturday morning.

THE FUNERAL arrangements have been announced for the 51 year-old father and motorcycling enthusiast who was shot dead in the Limerick village of Murroe on Saturday morning.

The remains of the late Andrew O’Donoghue, of Cois na Coille, Murroe, will be reposing at Cross’ Funeral Home, Ballyneety, this Tuesday, from 5pm.

The removal will be to Road Tramps MC Ireland clubhouse at 7pm, and his requiem mass will be in Murroe Church on Wednesday at 11.30am, with burial afterwards in Abington Cemetery, Murroe.

Garda security is expected to be a presence at the funeral following heightened tensions over the weekend, as shots were fired in Castletroy last night.

Two shots were fired after 6pm at an apartment block near the Castletroy Park Hotel, but there was no one there at the time and only a number of windows were damaged. No arrests have been made in that case.

Meanwhile, a fourth man has been arrested in connection with the fatal shooting.

He was killed as he was closing the gate of the Road Tramps Motorcycle Club in Mountfune, Murroe, around 3pm on Saturday afternoon.

Gardaí have seized CCTV from the clubhouse as part of their investigations, as well as the shotgun used, and they are continuing to question three suspects who were arrested on Saturday night and are being detained at Henry Street and Roxboro Garda Stations.

Two of the men are in their late 40s and one in his 20s. They can be held for up to seven days.

A fourth man was arrested last night and is being detained at Mayorstone Garda Station.

A post-mortem was carried out yesterday afternoon and the results will be handed to investigating officers.

The victim, who had a number of nicknames including ‘Odd’ and Dennis, had a long term partner, Catherine Danaher, and the couple have a young daughter, Ava.

He was a long-time member of Road Tramps Motorcycle Club Ireland, and many members of the club have been paying tribute to him online.

His friend Paddy Farrelly wrote online: “On what is supposed to be a happy day for our children, to tell us how much they love us, it is with sad regret I tell you of a young woman who is getting ready to bury her father in a few days.

“My old friend Dennis O’Donoghue or Odd as he was known in the motorcycle community was murdered yesterday in Limerick. It was a senseless killing carried out by a coward.

Dennis lived with me in New York for a good few years until he started a family and he and his woman Catherine Danaher moved out into their own place. They had a beautiful daughter Ava and after a while moved back home to Limerick to raise their little girl.

“Please keep Dennis and his family in your prayers and on this father’s day hug your children if you can. RIP Dennis my friend, my biker brother. Ride easy, until we meet again.”

The administrator of the site also wrote yesterday: “There is one little girl this morning, with no father because he was executed yesterday.”

“My brother, Odd, gunned down today by scum. Words cannot explain how gutted I am. My best mate gone,” he wrote.

The deceased was described by friends as “an absolute gentleman, who would always put a smile on your face.”

Motorcycling clubs across the country and in England have also been sending messages of support.

Limerick councillor Noel Gleeson, Fianna Fail, told the Limerick Leader that everyone is “shocked” by what has happened in this otherwise sleepy area near Glenstal Abbey and the picturesque Clare Glens.

“It’s a very quiet residential area. I heard after lunchtime what had happened, and a detour was put in place in the area and no one was allowed up there. There has never been any trouble out there before,” said councillor Gleeson.

The area, he noted, is frequently referred to as the ‘top road out to Doon’.

Gardai in Bruff are appealing for witnesses or anyone who may have any information to contact them on 061-382940 the Garda Confidential Line on 1800 666 111 or any Garda station.