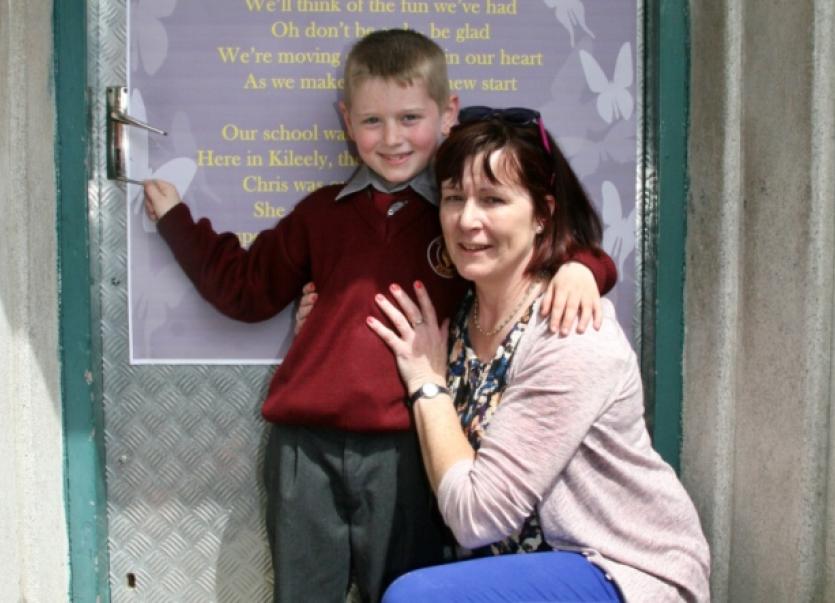 IT was an emotional day on the northside as St Lelia’s school in Kileely closed after 70 years.

IT was an emotional day on the northside as St Lelia’s school in Kileely closed after 70 years.

There were tears from past pupils, former teachers and parents alike as the small school at the Marian Shrine was locked up by young Aaron Price from Thomondgate.

A new school be formed as a result, Thomond Primary School.

Yesterday, St Lelia’s received a send-off which will never be forgotten.

More than 200 parents, past pupils, and members of the community lined the pathway up to the 80-child school.

And on the dot of midday, the children filed out to a rapturous applause.

She said it had been “wonderful” being the principal, adding: “No matter how bad the day is, the children have always made me smile.

“I know there are generations of families who went to this school who are heartbroken. I am heartbroken in a different way. I don’t think I could ever understand how heartbroken you are. This is your school, this is your home from home within your community,” she added.

Aaron had the honour of locking the school for the final time, after his name was drawn out of a hat.

He said: ““I am sad. I will miss Chris, our principal. She is the best. I will also miss my friends too.”

The ceremony finished off with a special song written by the students entitled Three Cheers for St Lelia’s.