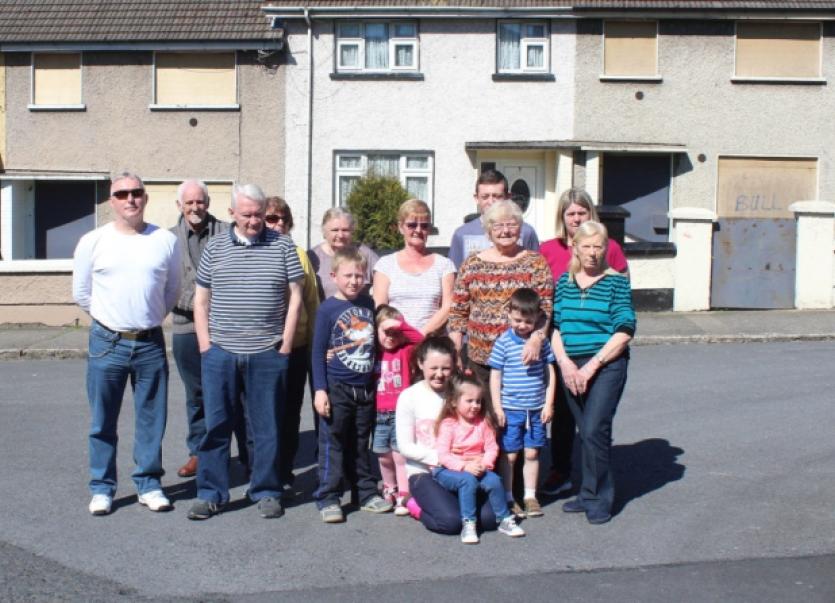 MORE than 250 southside residents have signed a petition calling on the council to engage with their community more.

MORE than 250 southside residents have signed a petition calling on the council to engage with their community more.

Residents of Carew Park and Kincora Park have sent a 16-page document to council boss Conn Murray and Regeneration director Caroline Curley calling on them to take the community’s views on board.

“We are still not fully consulted on the implementation plan for our community. We feel they [the council] are not listening to residents reps in the community or our Estate Management Group there to work on our behalf,” the petition states.

Residents say this lack of dialogue is highlighted best in Markievicz Drive, where eight of the 19 homes were earmarked for demolition with allegedly no consultation with residents.

Patricia Boylan, the estate’s community officer said the local authority had initially written to residents saying that although eight homes were to be demolished, they had revised this number down to four following meetings with locals.

Ms Boylan - and a number of other residents - have said these meetings never took place.

Instead, they want to see the 50-year-old estate kept intact.

“Residents have not agreed to any plans, yet the council is going back to senior management and telling us that yes, residents have agreed [to the demolition of four units]. These people have not been consulted,” Ms Boylan said.

The letter from the office of regeneration - seen by the Limerick Leader - states: “In keeping with the views of the residents, 1-4 Markievicz Drive will now be retained rather than demolished.”

Boarded up houses have caused an increase in the level of anti-social behaviour in a part of Kincora Park which residents have described as being peaceful up until now.

Many residents have said that they regret the fact Markievicz Drive is earmarked for regeneration.

One resident - who did not wish to be identified - said: “They are trying to make our drive like Keyes Park and O’Malley Park. At present, it is more like the Ennis Road of the southside. We have always had lovely neighbours, and it is a shame regeneration has come here.”

Ms Boylan said due to the scarcity of amenities in Kincora Park, the local community is suffering.

“Markievicz Drive is unique. There is a real family pride in this area, and what the council is doing has never been experienced before,” she added.

Roseann McCarthy of nearby Donoghmore Crescent, who is an elected residents’ representative, said residents have not been communicated with.

“We don’t know what is going on. Even when they were knocking houses and bungalows , I only found out two days before hand,” she said.

Despite this, Gillian O’Keeffe, De Vere Court, another residents’ representative say they are not anti-regeneration.

“The plan and the ideas of the plan, we agree with them. But residents have not had a chance to have their views known properly. There has been one consultation since the plan. The council did not take on board what residents have said before the plan was being made, and they have not taken on board what has been said after,” she said, adding the pressure on residents now is at “ridiculous” levels.