Accusation that Limerick garda broke defendant’s leg not stood up 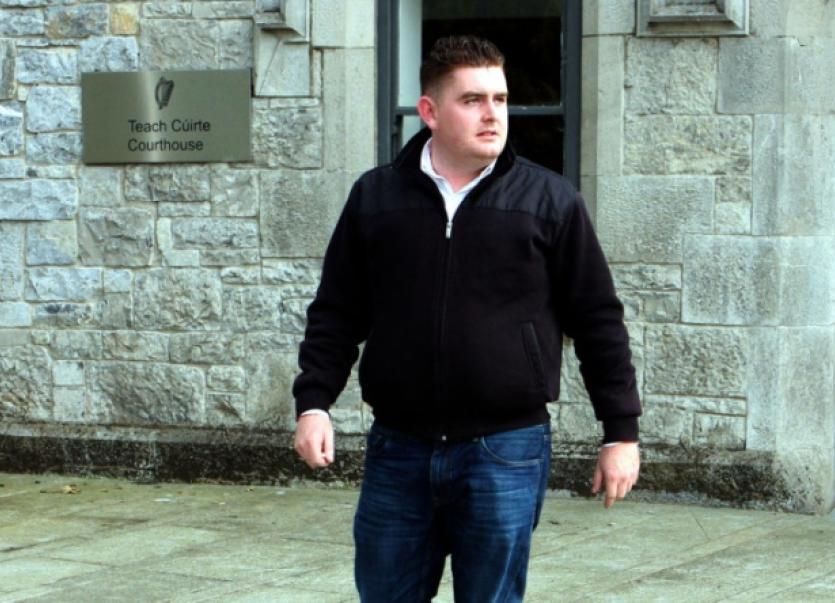 A COUNTY Limerick man, who alleged that a garda broke his leg and then a story was “invented” to cover it, was found guilty of public order offences at Kilmallock Court.

A COUNTY Limerick man, who alleged that a garda broke his leg and then a story was “invented” to cover it, was found guilty of public order offences at Kilmallock Court.

Thomas Kealy, aged 22, of Fairhill, Rathkeale pleaded not guilty to threatening/abusive/insulting behaviour; intoxication and failure to comply with directions of a garda.

The State’s case was that Kealy gave a false name to gardai “Dick Phillips”; was aggressive; intoxicated; told a garda to “go f*** himself”; he had “connections in this town” and made a lunge at a garda before being tackled to the ground in a “text book” manner.

Kealy said that he only had four pints and a bottle of WKD (a vokda alcopop); wasn’t abusive and a garda “swung me around by the shoulder, took me to the ground very fast and picked me up again“

“The guard broke my leg. The pain was unmerciful,” said Kealy.

The defendant was represented in the case, which lasted over six hours, by Brian McInerney BL under the instruction of Michael O’Donnell, solicitor.

State solicitor, Aidan Judge said the prosecution arose from an alleged incident at 2.05am in Rathkeale on January 2, 2013. Eight garda witnesses gave evidence as well as Kealy and his mother. A staff member of University Hospital Limerick was subpoenaed to come to court with Kealy’s medical records.

These showed he had a fracture of the left ankle which required surgery and a cast.

In setting out his client’s case, Mr McInerney said: “The credibility of certain members of An Garda Siochana is at the very heart of the case.”

The barrister asked that only the garda giving evidence be allowed in the court and the rest excluded until they were called.

The first of six members of the Regional Support Unit to take the stand was Garda Kevin Mulryan.

He was driving the patrol car, accompanied by Garda Barry O’Brien and Garda Ger O’Sullivan, in Rathkeale. He noticed an Opel Insignia doing loops of the town, collecting and dropping people off. The garda found this to be suspicious and decided to stop it next time he saw it.

Garda Mulryan spoke to the female driver at Fairhill, who gave her details as did other passengers.

“The person I now know to be Thomas Kealy said his name was Dick Phillips. The driver told him to cop on. He was very giddy. I asked him to step out which he did. Before he got out he passed something to the front of the car. I went around to see what had been passed and discovered it was a bottle of WKD,” said Garda Mulryan.

He said Garda O’Sullivan searched Kealy and directed him to leave the area.

“He [Kealy] told him to “go f*** himself” and made a lunge at him. Garda Moriarty observed this, rammed Mr Kealy and restrained him on the ground. Garda O’Sullivan held Mr Kealy’s legs,” said Garda Mulryan.

After Kealy was brought to his feet he complained that he had a sore leg, said Garda Mulryan.

“His mother came out and he said to her ‘They broke my leg mama’. She said ‘this always happens when you drink’. Thomas Kealy was then taken away in a patrol car,” said Garda Mulryan.

Mr McInerney said that it will be denied that Mrs Kealy said this or that Kealy swore or lunged at Garda O’Sullivan and this was all “invented” by gardai.

Under cross examination from the barrister, Garda Mulryan said he didn’t know how the injury occurred.

My McInerney said there was an “unlawful assault” on his client by one or more members to cause the injury to Kealy’s leg and gardai were making up a story to cover the “unlawful violence”.

There was “genuine surprise” and “puzzlement” when they heard later Kealy’s ankle was fractured.

In their testimony they all said that Kealy wasn’t shouting that his leg was broken or they didn’t hear him say anything due to the traffic or where they were standing. Some said Kealy said “I fell down mama” and he “was placed in the patrol car in a matter of minutes”.

Mr McInerney said this didn’t tally with Garda John Ryan’s statement. Garda John Ryan and Garda Ger Stack - local gardai and not members of the Regional Support Unit - were called to the scene. Garda Ryan said in his statement that Kealy was “shouting his leg was broken”.

Due to his distress in the patrol car they decided to bring Kealy to University Hospital Limerick “as fast as possible” and not to Askeaton Garda Station as were their instructions from the Regional Response Unit.

Mr Judge said Mr McInerney’s line of questioning was not “germane” and objected.

Judge Mary Larkin said the members of the Regional Support Unit have said what they did.

“They didn’t bring him to hospital but other members did. Are you trying to say they deliberately broke the man’s leg and didn’t offer him help?” asked Judge Larkin.

Mr McInerney said: “In the course of what happened my client sustained a serious injury. The only evidence against my client is garda evidence which taken in its totality is incredulous.”

Judge Larkin said what the barrister is saying is “they all got together and agreed a story because they were afraid of disciplinary proceedings”.

That inference could be drawn, said Mr McInerney.

He applied for the charges to be struck out which Judge Larkin denied.

Kealy took the stand and admitted giving the name “Dick Phillips”. He denied telling Garda O’Sullivan “to go f*** himself” or making a lunge at him.

Under questioning from Mr Judge, Kealy said that he had four pints in Patrickswell and a bottle of WKD in the vehicle. Kealy denied saying he had “connections in this town” and “100 per cent” he denied lunging at gardai.

He agreed that he refers to his mother as “mama”.

From the medical records, Mr Judge told the court that the anaesthetist said in her notes, “Kicked last night, eight pints at least and many vodkas”.

“How did she know how much drink you consumed?” asked Mr Judge.

“I must have told her,” replied Kealy, and that he was on “a lot of morphine”.

“It is a tissue of lies,” said Mr Judge, who added that Kealy was getting aggressive in the witness box.

Mr McInerney said there was no mention of alcohol in the triage notes or the doctor’s clinical observations.

“It is astonishing that six members noticed nothing, heard nothing, the only comment was that his ankle was hurt and they didn’t believe him. It is in glaring contrast to the other two gardai. It is incredulous in the extreme.

“It is dangerous to convict on this evidence,” said Mr McInerney.

Judge Mary Larkin said it was quite obvious that Kealy did endanger himself as he broke his ankle in “whatever went on”.

“I don’t think he remembers anything. In evidence he said he had three/four pints and a bottle then the anaesthetist said eight pints and many vodkas. It is sad that there is a lot of young people who drink such big quantities that they don’t even realise how drunk they are,” said Judge Larkin.

Regarding the gardai “singing from the same hymn sheet” Judge Larkin said the fact there were discrepancies led her to believe that they didn’t agree a story.

“They gave their reflections as best as possible,” said Judge Larkin. She convicted Kealy on all three public order charges. In mitigation, Mr McInerney said Kealy is a 22 year old man.

“He is a trader with a pedlar’s certificate in the UK where he conducts much of his business. His father and brothers are in a similar line of business. He has no previous convictions and suffered a very significant injury. He maintains his innocence,” said Mr McInerney.

“The not sensible consumption of alcohol leads to sad outcomes like this,” said Judge Larkin.

Kealy was arrested outside the court on a separate matter.