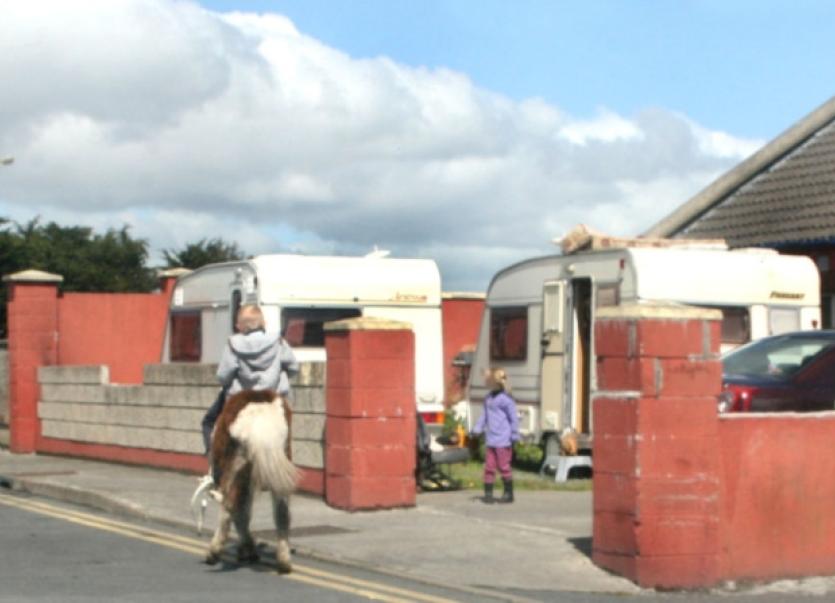 ASSERTIONS by city councillors that Travellers want to leave Rhebogue halting site have been rejected by the Irish Traveller Movement.

ASSERTIONS by city councillors that Travellers want to leave Rhebogue halting site have been rejected by the Irish Traveller Movement.

The plan had originally envisaged refurbishing and building new units in Rhebogue but councillors warned they would throw out the plan if this was included.

Violence carried out by a minority of Travellers on the site, it was stated by councillors, had come close to closing St Patrick’s GAA club, which is separated from the halting site by a wall.

Not only was it the wish of councillors, of the GAA club and of the settled community in Rhebogue to close the site down but this was also the wish of the Travellers themselves, according to members including Kieran O’Hanlon, Gerry McLoughlin and Maurice Quinlivan.

But this is disputed by Bridget Casey of the Irish Traveller Movement.

“The families in Rhebogue strongly reject claims they want to move out. The Clarke family have been there 60 years and are very happy there. But there is a big need for refurbishment to be carried out under the Traveller accommodation programme. Local authorities are obliged under the Traveller Accommodation Act 1998 to deliver the traveller accommodation programme and within that programme they have to deliver and refurbish that site because people are living in appalling conditions,” Ms Casey said.

“The Rhebogue site was originally built for six families. Now there are 14 families living there, which is extremely overcrowded. Some families are living there without any basic facilities and are doubled up on top of each other. There are 18 children under the age of 16. One mother has seven children living with no water, no toilet and no electricity.”

But that now looks unlikely after the amended plan was passed with a commitment to close Rhebogue on Monday.

Speaking after the meeting, Cllr O’Hanlon said “my understanding is, despite what the Irish Traveller Movement has said, is that the Travellers want to go out of there as well”.

“When they moved in there, they had the freedom of the fields all around Rhebogue, that has changed over the last 30 years with all the housing development. My understanding from speaking to the Travellers themselves is that they want to go.”

Rhebogue was “a failed site” that had caused significant problems for the GAA club and “no more taxpayers money should be wasted on any more housing there”.

Cllr Diarmuid Scully told the meeting that closing the site would not happen in the short-term and the problems facing St Patrick’s GAA Club should be sorted out now, among them access to the club grounds which is a continual source of tension.

Cllr Tom Shortt noted there had been “threats, intimidation and assaults” carried out as a result of those tensions and a Garda presence had been required at all times during last summer’s Feile na nGael underage hurling festival when St Patrick’s had hosted a visiting team. Cllr Pat Kennedy said “residents in the area have been blackguarded and law and order had broken down on that site”.

Asked about the violence, Ms Casey said: “we recognise there are issues there between the GAA club and the Travellers but some of the statements being made are not true”.