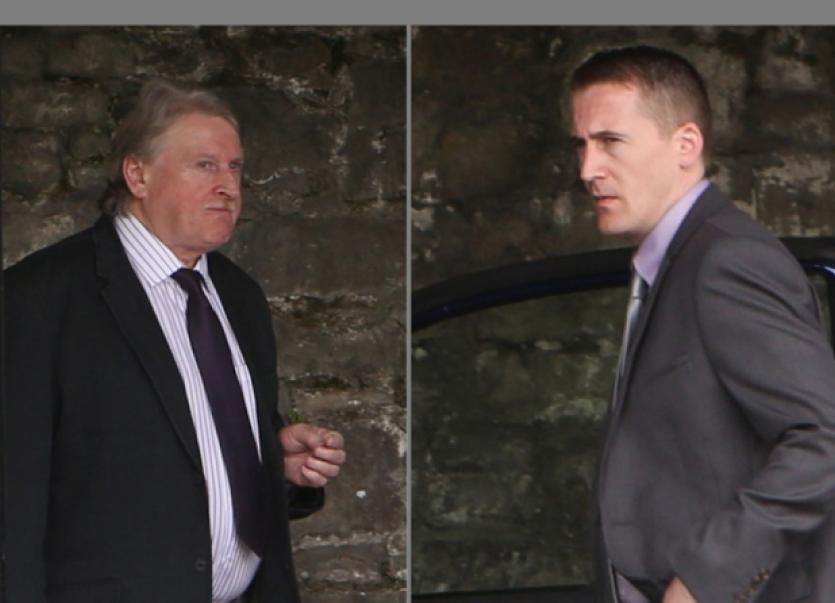 A FATHER and son who pleaded guilty to multiple VAT offences have been disqualified from acting as company directors for five years.

A FATHER and son who pleaded guilty to multiple VAT offences have been disqualified from acting as company directors for five years.

The Director of Corporate Enforcement secured High Court orders against William Slattery, aged 62, of The Forts, Dooradoyle and Jonathan Slattery, aged 35, of Inis Mor, Fr Russell Road – the day before a sentencing hearing.

Limerick Circuit Court heard the offences happened on dates between December 2005 and March 2008 when both men were directors of Slattery’s Ventures Ltd, which has a registered address at Ballycummin Village.

At the time, the company, which is now in liquidation, operated three fast-food restaurants in the city and a shop in Clarina.

Both men admitted “consenting and conniving” with the company to “knowingly or wilfully” deliver incorrect VAT returns to the office of the Collector General at Sarsfield House. They also admitted claiming the repayment of VAT which they knew neither they nor the company was entitled to.

In addition, they pleaded guilty to an offence under the Taxes Consolidation Act relating to their failure to keep VAT records, as required by law.

In his evidence, Tony Ryan of the Revenue’s Audit Compliance Unit, said Slattery’s Ventures Ltd was selected for audit in February 2008 after it emerged it was not registered for the environmental levy for plastic bags.

He said after meeting with the defendants he received records which were “presented in a most inadequate way and very fragmented”.

Mr Ryan told John O’Sullivan BL, prosecuting, that a substantial amount of documents were missing and that he found “significant errors” within the documentation which was supplied.

As part of the audit, the cash registers at each of the company’s premises were examined as were two large cardboard boxes of “daily Z reads”.

These, Mr Ryan explained, are a printout of all transactions recorded by a cash register over the course of a particular day.

Detailed spreadsheets, which were submitted to the court, showed a significant amount of Z reads were missing - meaning the transactions were not recorded in the company’s accounts.

Mr Ryan said at the takeaway in Ballycummin, there was a “pattern of skipping every second read” and that at the premises in Clarina there were no Z reads at all for up to 30 consecutive days on occasion.

Judge Tom O’Donnell was told it was not possible to reprint the missing Z reads and that the NRGT function, which records the cummulitive totals for each individual register, had been ‘deactivated’ in October 2006.

It is the Prosecution case that there was a “deliberate suppression” of the company’s earnings by the defendants through the “removal and disposal of till records”.

The court was told that based on the documents supplied, a VAT liability of around €85,000 was identified. However, Mr Ryan said based on the average daily takings, he estimates the amount of VAT owed is almost €224,000.

Judge O’Donnell heard that more than €1million was lodged in each of the defendant’s private bank accounts over the three-year period although it was submitted by their lawyers there is no evidence that they accrued any personal wealth as expenses associated with the company were paid with monies from the private accounts.

Pat Whyms BL, representing Jonathan Slattery, said his client, who is working at a city-centre pub, did not have a business background or the necessary qualifications to run a company.

He said he was making a decent living (at the time) and “didn’t see any dangers” before “things started to go wrong” in 2007.

He said Bank of Ireland has secured a judgement against his family home and that his client will “face many more years struggling with the consequences of his actions”.

Mark Nicholas BL, representing William Slattery, said his client is a “decent upstanding person” who had worked all his life before getting involved in the company, which was initially successful.

“The product was good but the finances were not up to the standard of the chips,” he said.

The court was told the defendants have taken out a loan of €35,000, which they are willing to offer as part-repayment of the monies owed.

Judge O’Donnell adjourned the case to June 18, next to facilitate the preparation of a probation report.

The defendants each face a maximum sentence of five years imprisonment or a fine of €127,000.