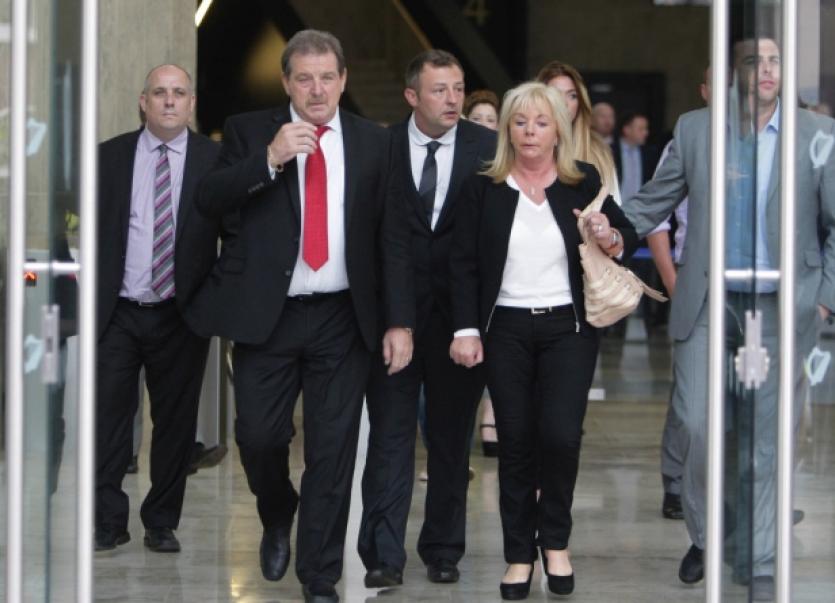 Two Limerick men have been sentenced to life imprisonment after they were convicted of murdering businessman Roy Collins more than five years ago.

Two Limerick men have been sentenced to life imprisonment after they were convicted of murdering businessman Roy Collins more than five years ago.

As she begun delivering the Court’s 45-page judgement this morning, Ms Justice Iseult O’Malley, presiding, sitting with Judge Margaret Heneghan and Judge Ann Ryan, said the trial, had been “difficult and stressful” for all concerned.

Delivering the judgement, she said each of the key civilian witnesses had “significant credibility issues” having either been involved in serious criminal activity or closely associated with persons involved in such activity.

In the case, of Gareth Keogh Collins, who testified he had been offered €20,000 by Wayne Dundon to drive the getaway car, she said the Court was of the view that his evidence “does not meet the standard of being capable of belief”.

In relation to Anthony ‘Noddy’ McCarthy. who testified that Dundon has told him he had “ordered James Dillon to go kill Roy Collins” while the pair were in prison, she said the Court noted that the convicted murderer had no incentive to lie to the Court. She said his evidence was “plausible and not marred by any material inconsistencies or falsehoods.”

It took Ms Justice O’Malley almost two hours to deliver the verdict to the packed court and just before 12.30pm, she said the Court was convicting both men of Mr Collins’ murder.

In his victim impact statement, Roy Collins’ father, welcomed the verdict saying justice had been done.

“It has been exactly 1,833 days since these terrorists infected our lives with their hateful poison and destroyed everything that we held dear in life. Every moment, of every hour of every day that has passed since that awful day we are numb with grief. Our sense of loss and sadness is so profound that it is impossible to find words to describe it,” he said.

Throughout the the 29-day trial, it was the State case that both Dundon and Kileen were involved in a common design and joint enterprise, which resulted in the killing of Roy Collins.

The court heard that Wayne Dundon had ordered the murder from prison and that Nathan Killeen was the driver of the getaway car.

The non-jury court heard that Roy Collins was at work around midday when a gunman entered the amusement arcade and discharged a single shot, hitting him in the chest. He was conscious for a time following the shooting but died in hospital less than an hour later.

The gunman - James Dillon - is already serving life for murdering the 35-year-old father of two.

Addressing the Court after the verdict was handed down, Steve Collins said the impact of Roy’s murder has been devastating on his family.

“All this happened to us because we did the right thing and stood up terrorists who have ruined the lives of so many others. By standing up I believe that many people were spared the evil wrath of these people. But we have paid the ultimate price for that. One child maimed, another murdered. They burned down our business. They forced us to leave our home, our family, our friends and the country we love to live in exile in a place where we know no one,” he said adding that he has to live in the knowledge that he was the intended target of the killers.

Before imposing sentence, Chief Superintendent David Sheahan told the three judges that Wayne Dundon has a total of 41 previous convictions while Nathan Killeen has a total of 97.

Both men were sentenced to life imprisonment and the sentence was backdated to February 22, 2013 - the day they were first charged with murdering Roy Collins.