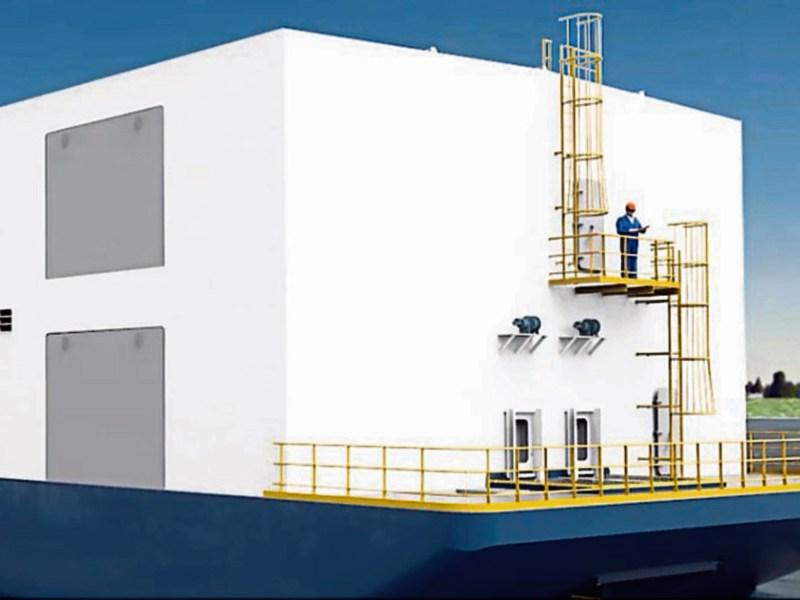 An artist's impression of the data centre proposed for Limerick docks

PLANNING permission has been granted for a revolutionary new €35m floating data centre at the docks.

A total of 24 permanent jobs look set to be created after city planners cleared the way for the scheme, which is being delivered by Californian firm Nautilus.

Working alongside the Shannon Foynes Port Company, the company is to moor a floating vessel providing commercial data storage at Ted Russell Dock.

Metropolitan mayor Daniel Butler said it could be “another string” to Limerick’s bow – but also admitted concerns at the impact it could have on other trade in the docks.

The data centre will be able to service a number of companies, or a single firm.

Facilities like these are in big demand among Ireland’s technology community.

Nautilus president Jim Connaughton confirmed the project would bring 24 permanent positions, as well as 100 roles during construction to be delivered in “the skilled trades” including design, architecture and civil construction.

“It shows how innovative we are in Limerick in terms of our approach,” Cllr Butler said, “I do have some concerns though, because at the moment, with Brexit, most ports are being strengthened with enhanced services. This plan will actually reduce the services coming out of port in Limerick. It will take away at least two berths, and will restrict the ability to get people in and out.”

The planning permission was signed off by council staff late on Friday.

However, 17 parties had objected to the application previously, mainly expressing their opposition to the scheme.

One objection, from the Limerick Port Users Group, representing 17 companies or individuals said they had conducted a study that the development will reduce the capacity of the dock by 23%. It remains to be seen what their next move will be.