Limerick shopkeeper bids to have hurling final moved – for mums! 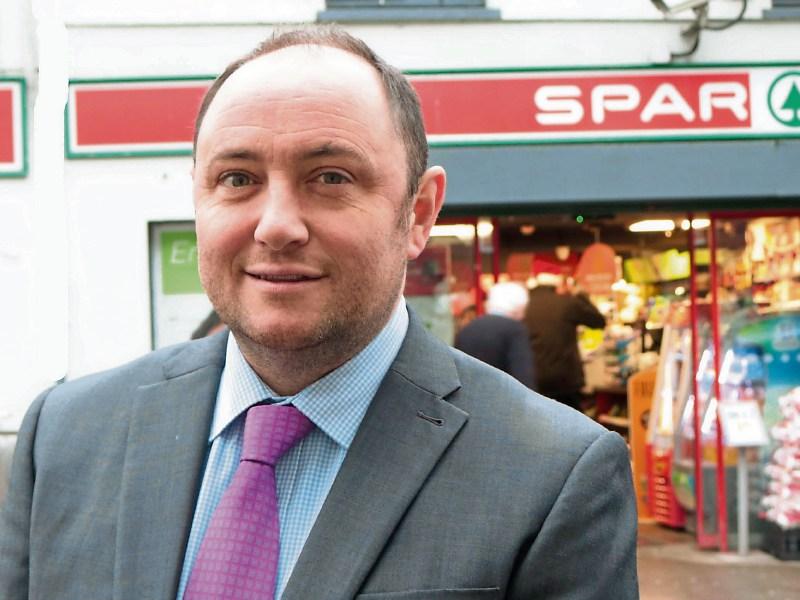 Shopkeeper Padraig Broderick doesn't want to see mother's day overshadowed by the hurling final. See below for his very specific plans on how it should be celebrated

A CROOM shopkeeper has made an audacious bid to get Limerick’s hurling league final postponed – so mums across the county can enjoy Mother’s Day.

Padraig Broderick, who runs the village’s Spar store, is lining out for all the hurling widows in writing to Sports Minister Shane Ross expressing concern that mum’s will be neglected as Treaty fans head up to Croke Park.

Instead, he has urged Mr Ross to intervene and move the showpiece final against Waterford to next Sunday – and hold it in Limerick, rather than the capital.

It comes with tens of thousands of Limerick fans set to make the journey north this weekend.

“This is vital to prevent mums being abandoned on Sunday or mums heading for Croker to be treated to the breakfast roll at junction 14,” Mr Broderick said in his letter to the minister, “Mother’s Day should be breakfast in bed, gentle pampering, showered with compliments, scrumptious food, feet-up, Baileys with hand-crushed ice followed by Maltesers which have been refrigerated for at least 90 minutes.”

Although he has yet to receive a response from the Dublin TD, Limerick’s own Minister of State Patrick O’Donovan joked: “I think he might be more successful in getting Mother’s Day moved than getting Limerick v Waterford moved!”

However, the shrewd shopkeeper has another plan up his sleeve if his postponement plan falls flat.

Mr Broderick has suggested a new and quite unique celebration the day before.

“This Saturday, March 30, we will be celebrating Mother’s Day Eve treating Mums to offers that will make the occasion more memorable,” he added, in the tongue-in-cheek letter.

“His success in other elements have been so high, I am sure he will turn his hand to it,” he said.

“I think Padraig has done a great job of having a bit of craic and heightening expectation for Limerick on Sunday. I’d like to wish the hurlers the best of luck, whether or not Shane Ross manages to get the day moved,” the Minister of State said.

Speaking to the Limerick Leader this Wednesday, the Croom businessman said there has been a great reaction to his letter.

”We are big in the shop on seasonal occasions, and it doesn’t get much bigger than Mother’s Day. With Limerick being All-Ireland champions, there is a great buzz now they are in the national league final. We felt Mother’s Day was being slightly overtaken, so we came up with Mother’s Day Eve. It’s always worth a try, and it promoted some fun,” he laughed.

As it stands, Limerick will throw in against Waterford at GAA headquarters at 2pm on Sunday as they bid to win a first Allianz League title since 1997.

Tickets can be bought in Centra, and SuperValu stores, or online at gaa.tickets.ie.

Adult tickets cost €30, while U-16s cost €5. There will be a €10 concession for students and OAPs with a rebate available at at Block D Cusack Stand with Cusack/Davin stand match day ticket and Valid ID. Sunday represents Limerick’s first return to Croke Park since their famous All-Ireland success last summer.​

For more on this story, see LeaderSport