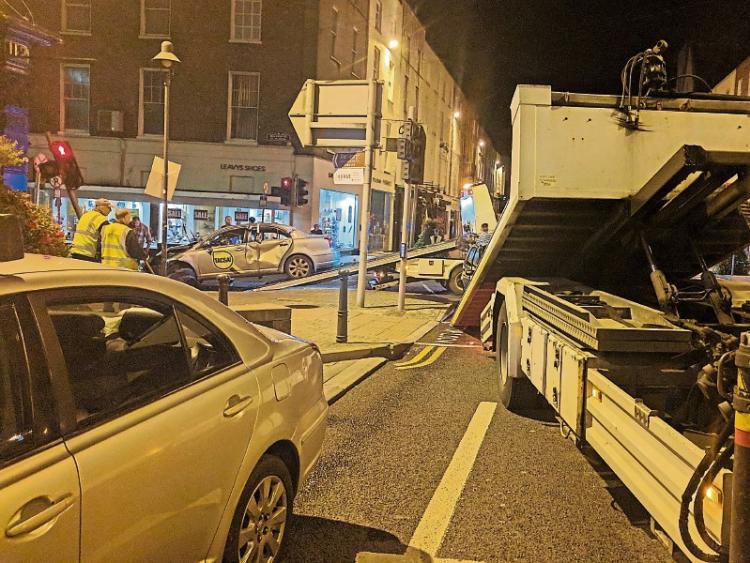 Crash occurred at junction of Shannon Street and O'Connell Street

EMERGENCY services responded to a double-vehicle car crash in Limerick city centre in the early hours of Sunday morning.

The incident occurred at the junction of Shannon Street and O’Connell Street at around 4.30am.

After being alerted to the incident at 4.32am, Limerick Fire Service dispatched three units to the scene.

Gardaí and ambulance were also in attendance at the scene.

A traffic light was also badly damaged in the crash.

Limerick Fire Service did not return to the Mulgrave Street base until 5.40am, as a clean-up of debris required.