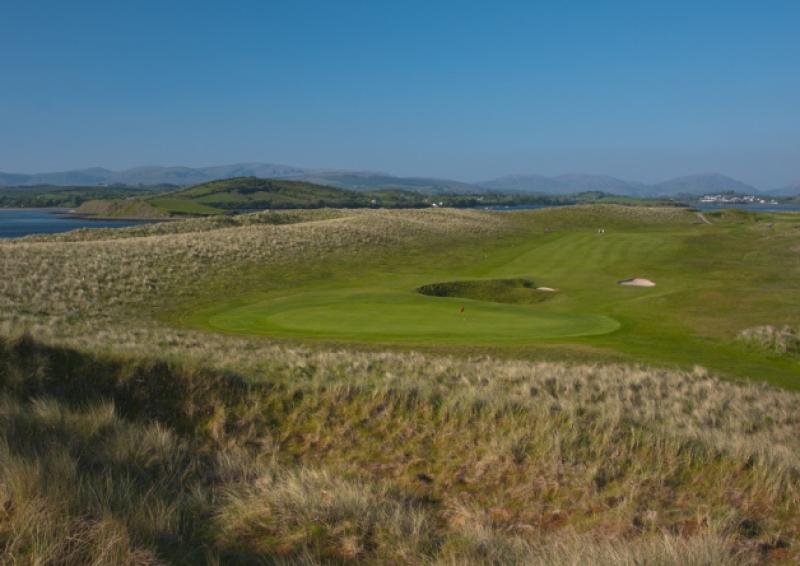 During my eventful golfing life, I have played in (could be as many as 150) championships at home and abroad including Irish Opens, British Amateurs and various international events.

I have also attended countless others as a spectator and media representative (including The Masters) but I have never seen a golf course better presented than Ballybunion was last week for the annual Jacques Leglise Trophy Match played between Great Britain/Ireland and the Continent of Europe's best Under-18s.

Stunning is the only word to adequately describe Ballybunion's 'new look.' However, the golf on show left a lot to be desired. Ballybunion showed up the gaps in these so-called +5 and +6 handicapped golfer's ability to play what is undoubtedly a taxing game.

The standard of chipping was woeful and course management skills left a lot to be desired too. All of these boys are 'trainee professionals.' But, every one of them is a long, long way from being good enough to survive in the big, bad world of professional golf.

From a parochial point of view, last week's event was notable because it was the first time the course was seen in all of its new splendour. John Bambury and his Greens Staff presented the course in a manner that had the R&A Officials in attendance in raptures. The matches were extremely close on Day 1 when the sun shone and there was hardly any wind.

On Day 2, Ballybunion returned to its 'difficult and unforgiving' self with strong winds and driving rain testing the players. Unexpectedly, the Continentals with far less experience of such conditions battled their way to an easy triumph on account of winning the final singles session by 6-2. The Overall Result was Europe 15.5; GB&I 9.5.

Mark Power was the only Irish player on view but he did not have his best game with him. He had never played Ballybunion before and it showed.

Two winters ago, when the membership voted overwhelmingly to lift and re-lay all 18-greens on the Old Course and also agreed to the building of a completely new 7th green, I was somewhat skeptical that it would work out as planned but the standard of workmanship by the staff and the combined creative and planning skills of architect, Graeme Webster and Course Manager John Bambury, has produced what they claimed they would.

The course has never looked better dressed or manicured but it has also retained its mean streak capable of destroying the self worth and confidence of any plus handicap suitor, let alone more humble ones. The course has a completely new look but the playing corridors are the same. The punishment that is meted out to loose shots is as unforgiving as ever. 'Unpredictable' links characteristics and grasses that were perceived to be 'under threat' have been restored.

Perhaps the most remarkable transformation - one that is often overlooked - is the magnificent new paths! Walking on them is sheer bliss. Would golfers ever realize that the paths they walk on at Ballybunion are aerated every 14-days? Think about that expense for a moment before you complain about paying your green fee. The marramification and landscaping that has taken place at Ballybunion is undoubtedly world class.

All of the untidy and unkempt places away from the 'play' that were once an overlooked feature and referred to as a kind of 'endearing and wild roughness' are gone - all replaced by beautiful wild marram that is generally out of play except for the worst of miscues.

Until last week the greens at Ballybunion have been 'too slow' but they were magically speeded up to an acceptable 10-stimps for 'the Leglise.' In the winds one regularly experiences at Ballybunion, you would not want them any faster.

Overall, the attention to detail and the preciseness of the manicuring took my breath away! In 1969, Herbert Warren Wind wrote in the New Yorker magazine that Ballybunion was the finest links he had played in the British Isles. Some other noteworthy from across the ocean will be writing similar sentiments soon.

Limerick GC Ladies Junior Cup Team Are Munster Champions - In an absolute thriller that was only decided on a tie hole at Cahir Park last Saturday, Limerick GC qualified to represent Munster in the All-Ireland Finals at Malone GC in Belfast at the end of September by defeating Tipperary GC.

In what does the secret of good golf lie? Not in one thing, but in many. And in things so mysteriously conjoined, so incomprehensibly interwoven, as to baffle analysis - Arnold Haultain