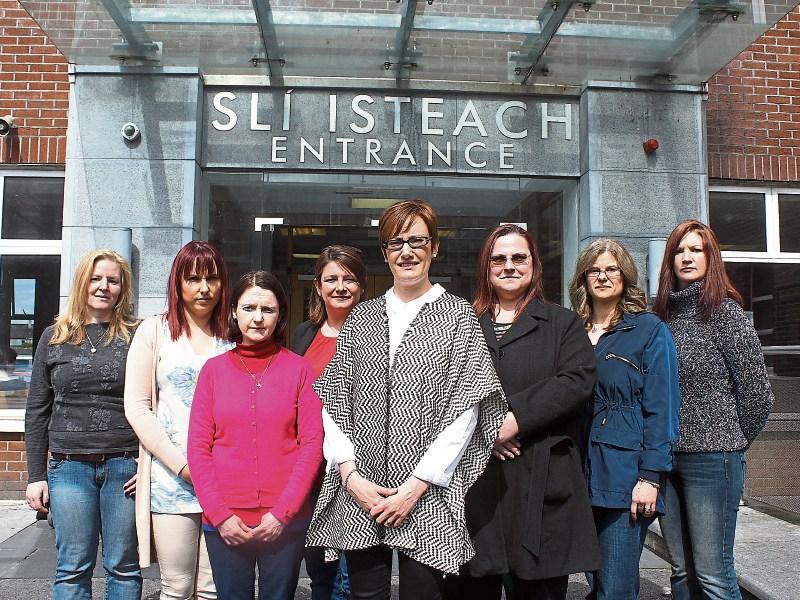 WOMEN across the Mid-West, who have suffered from miscarriages, have launched a media campaign to highlight “the emotional pain and utter torture” that they have experienced due to University Maternity Hospital Limerick having no separate baby loss facility.

Forty past and present patients, from the Mid-West Miscarriage Support Group, have written to hospital management, calling for them to “urgently provide” a separate facility to be set up straight away.

According to the campaign founder, Pauline Gannon, who has suffered from four baby losses, the experience is “traumatic” for women as they have to travel “huge lengths” to be treated.

At present, women are informed of the baby loss in admissions, surrounded by pregnant women. Then they must travel to the basement for scans and reports, which involves walking past the hospital shop that is “full of balloons and the congratulations”. When they receive the scans, they must return to admissions, she explained.

According to the letter, sent on April 7, the lobby group has been addressing “the shortcomings...to meet the needs of women who suffer a baby loss” over the past two years.

Dozens of women have contributed anonymous firsthand accounts of their experiences with baby loss at UMHL, through the “Campaign for Separate Baby Loss Facility at UMHL” Facebook page.

Ms Gannon, mother-of-two, also set up an online petition on April 16, which has since been signed by more than 2,100 people.

In response to the campaign, a spokesperson for the UL Hospitals Group said they “sympathise most sincerely with any woman/couple who has experienced a miscarriage or a threatened miscarriage.

“We recognise that it is a sad time for mothers and their loved ones and we work hard every day to provide sensitive and compassionate care and ensure that the correct supports are in place.”

The spokesperson stated that a €800,000 funding bid has been made to the HSE for the delivery of a new building to house early pregnancy assessment unit (EPAU) and perinatal bereavement counselling services.

The new unit would be located adjacent to the UMHL reception with a separate entrance and waiting area for those attending the clinic, with extended operating hours.

The spokesperson stated that all emergency miscarriages will continue to come to the maternity emergency unit – a 24-hour service for those experiencing difficulties.

The EPAU is a clinic for women with bleeding, pain or loss in early pregnancy. The spokesperson said that the new EPAU was, initially, meant to be part of a “larger project” at the hospital, but plans were stalled due to “the very welcomed ministerial approval for the new maternity hospital”.

She said that losing a baby can be an “isolating experience” and that the issue is still a taboo topic.

“People have to talk, and there is a whole mental health and emotional side to this. Women, when they go on to have children, they never forget this. They carry it with them.”