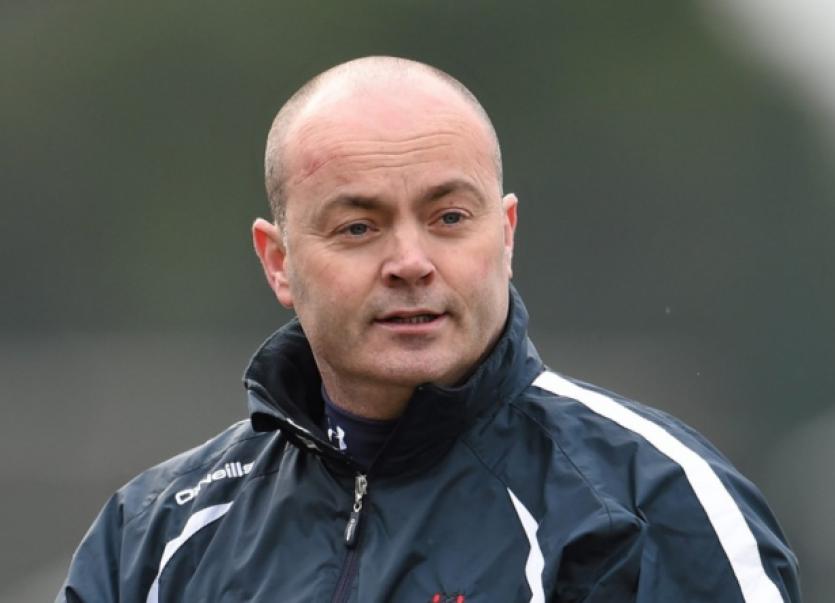 WERE confirmation needed of the importance of Limerick’s Munster MHC semi final win over Cork needed, one only needed to follow coach Anthony Daly as he embraced player after player on the Gaelic Grounds turf last Thursday night.

WERE confirmation needed of the importance of Limerick’s Munster MHC semi final win over Cork needed, one only needed to follow coach Anthony Daly as he embraced player after player on the Gaelic Grounds turf last Thursday night.

Moments later he was in Munster final mode and rushing players back into the dressing room beneath the Mackey Stand and ultimately to the swimming pool for an immediate recovery session.

“I was hoping I might be covering it for RTE on the Sunday Game!,” laughs Daly of Sunday’s Munster final day.

Departing Dublin after six years, Daly was content to assume a club role to feed his hurling addiction for 2015. Then last December came the phonecall from Joe McKenna and the two time All Ireland winning captain was Limerick bound to replace Jerry Wallace as Head Coach to the Underage Academy and minor hurling coach.

“There is massive passion for it and I am just delighted to be involved - I am really enjoying it,” said Daly, sitting in the Mackey Stand.

“The whole academy is very well run and it’s enjoyable to work alongside all the managers David Holmes, Brian Finn, James Connery and Pat Donnelly with the U-17s. It’s a good system and you can see why Limerick are making progress at underage. The minors are the bulk of my work because I am coach to the minor team and that’s the flagship team of the academy - it’s the most important part that the minors are going well,” outlines Daly.

The Clare man has one clear objective.

“You have to do things right - you can’t just expect things to happen,” he emphasises, adding that most “other counties have now smelt the coffee”.

“Limerick weren’t doing this six to seven years ago and you can see that it has been a major help - look at Cian Lynch now at senior level and you will shortly see others stepping up and it will be interesting to see how the U-21s go after the last two minor teams,” he said.

But for all the value of the Underage Academy, Daly stresses there is no closed door policy.

“I think it was the 2009 All Ireland final and in the programme there was a report of the 1999 minor final and I think there was about two from Galway and one from Kilkenny playing senior that season so it doesn’t all come through for lads. The best full back I ever saw was Brian Lohan and he never played full back for Clare - fellas will develop different. The crucial years for hurlers are 16-20. He could get involved with a good college side and play Fitzgibbon and that’s what happened the likes of Lohan and Seanie McMahon, who credit their time in UL as a big influence,” explains Daly.

“In some ways that is the beauty of the academy because we keep as many players as possible involved right up to U-17, who are now operating away without anyone that is involved in the minor panel. In Limerick we are broad minded - look at Oisin O’Reilly, who came on the last night from Kilmallock - he hadn’t been involved in the academy but reports came back that he was hurling well with Kilmallock at minor level and on the Kilmallock senior panel. That’s the type of lad that can always be brought into the system - it’s definitely not elitist in any way.”

After moving from his inter-county playing days into management with Clare and then Dublin, Daly is enjoying his return to the grass roots.

“I was delighted to get back coaching because with Dublin, while I could do some coaching, when you are managing at inter-county level you have to stand back a little bit and I had the likes of Tommy Dunne helping with coaching. It’s great to be back taking sessions. It’s a change and I am up-skilling on the coaching again and go back over stuff I used to do.”

But it was a change that took a while to adjust to.

“Preparing for Cork (in round one in April) and even on the day I didn’t cover myself in glory and have changed a lot since in terms of approach. You have to remember they are only 17-18 year olds and it’s different. Maybe there is less pressure in terms of the magnitude of coverage it gets but maybe more pressure because they are so young. Look at the semi final and you could sense it here the last night that there was a lot of tension in the air for both sides - semi final is almost as important as a final because there is no second chance. If we lose on Sunday, we still have another chance.”

He also noticed other differences!

“I never saw as much spying going on”, he laughs.

“Fellas sneaking in behind pitches with scarfs and a woolly hat and a phone up to your face trying to find out information. It’s hard to know about other teams at minor level whereas at senior level you can go in and sit down and watch a national league game,” he explains.

What of the business at hand - Sunday’s Munster MHC final against Tipperary.

“We will have to improve for Sunday - I wouldn’t say the performance last Thursday night would win on Sunday but I think we are capable of a bit better. I do think nerves and tension played a big part in the Cork game. We could get a right free-flowing game on Sunday. I am really looking forward to going to Thurles - its daunting taking them on there, but do young lads really consider that.”