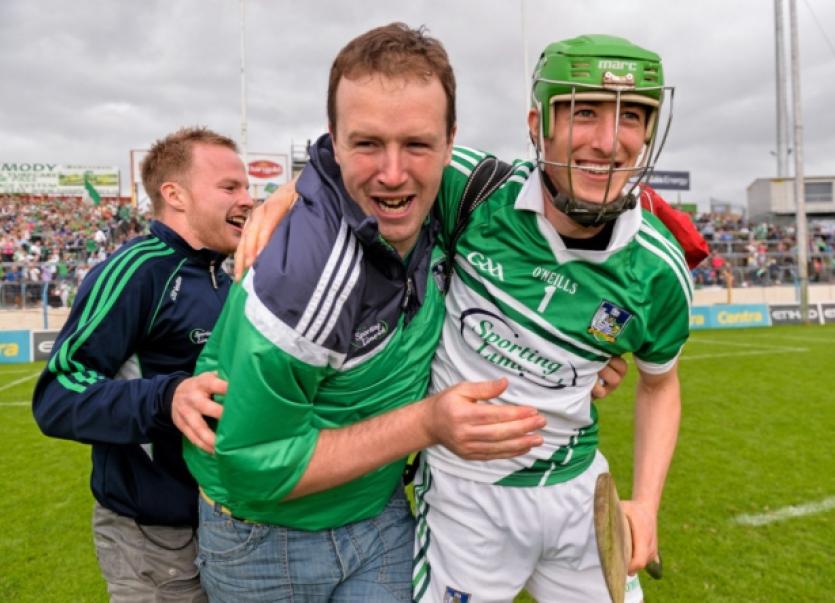 Twitter came alive on Sunday evening after Limerick’s win over Tipperary in the Munster hurling championship - here we pick out some of the best tweets.

Twitter came alive on Sunday evening after Limerick’s win over Tipperary in the Munster hurling championship - here we pick out some of the best tweets.

“Great support in Thurles from the die hards!! No doubt ye pulled us over the line #munsterfinal #luimneachabu”

Limerick’s scoring hero Shane Dowling pays tribute to the Limerick supporters. Somehow, we reckon his tally of 2-8 was a factor too but he was too modeest to say it

“Dowling gets the ball. Only the goalie to beat. Runs away from goal? Shoots. GOAL! Don’t do the obvious. #Limerick #hurling Great game and win.”

“Enjoyed that one! Onwards and upwards, no one trick ponies anymore! #Believe”

Limerick forward Declan Hannon was thrilled afterwards that Limerick showed they weren’t a one-hit wonder. We get the feeling that he’s looking forward to the Munster final too

The people in Adare were delighted win and proud of their local lads. Rightly so, too

“Some heart shown by Limerick today. Just refused to lie down great quality to have in a team”

“Sure Tipp preferred to beat Limerick in the football anyway. #gaa”

Kevin O’Donoghue, with tongue firmly in cheek, reckoned that Tipp will be happy with their weekend given that their footballers were too good for Limerick on Saturday evening

Live 95FM commentator Liam Aherne tweeted a photo of supporters still on the pitch long after the game had ended. After a tough day’s work, he had a bit of a thirst on him

“Delighted for Limerick especially @TJRyan03 when everyone was waiting for him and the lads to fail and have a hop off them.”

“Now that’s how to answer your critics on the PITCH. Well done @LimerickCLG fantastic finish #Munsterchampions”

Dave Mahedy, who would have seen Limerick train up close in UL, was delighted the side proved their doubters wrong and finish like champions

“Donal O’Grady (Cork) did not see that coming I suspect. If he did he might have hung around #DirectHurling”

“Is there anything in the world better than this? Heroes one and all #Luimneachabu”

Paul Foley was well impressed with Limerick. He wasn’t the only one

We leave the last word to the Limerick Leader’s Jerome O’Connell. That just about sums it up