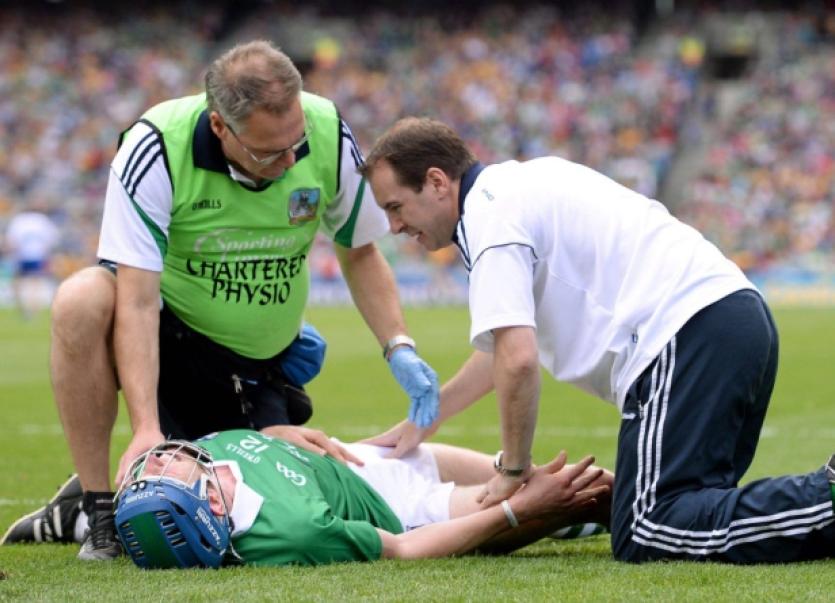 LIMERICK’S Seamus Hickey has been ruled out of action for the remainder of the year.

LIMERICK’S Seamus Hickey has been ruled out of action for the remainder of the year.

The Murroe-Boher man was forced off injured after just 14-minutes of Sunday’s All-Ireland SHC semi-final loss to Clare with a knee injury.

Hickey hobbled from Croke Park on crutches on Sunday evening and his worst fears were confirmed on Monday afternoon following a scan.

The 25 year old attended Barrington’s Hospital in Limerick on Monday where damage to his cruciate ligament was diagnosed.

The injury will force Hickey to miss the remainder of the Limerick SHC campaign with his native Murroe-Boher. They are due to play Hospital-Herbertstown in the quarter-final of the senior County Cup.

Hickey also plays with Monaleen in the Limerick SFC.

He will now enter a programme of pre-operative training before having the required operation.

In terms of inter-county hurling, Hickey should be in a position to target a return to action before the end of the league next Spring.