New signing Andrew Conway on why he chose Munster over Leinster 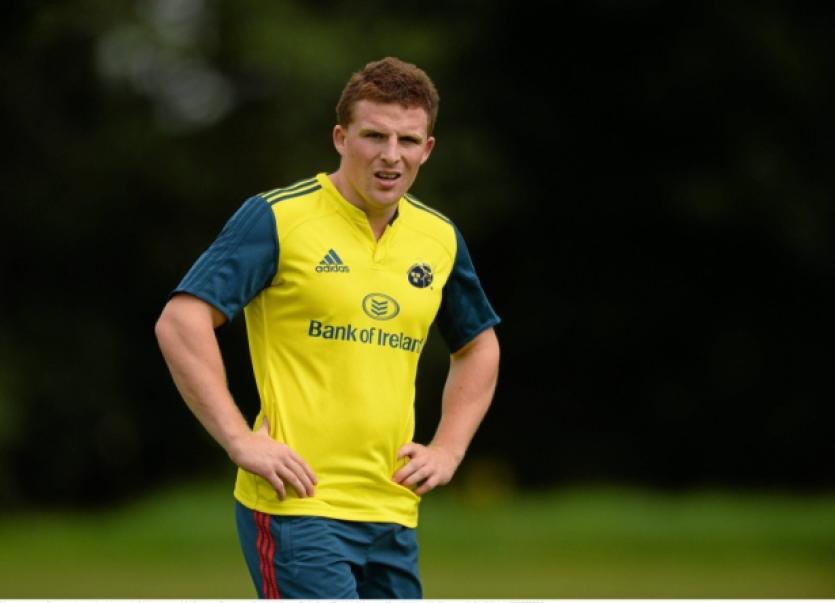 Colm Kinsella talks to new Munster winger Andrew Conway on his reasons for leaving Leinster for a move to Limerick.

Colm Kinsella talks to new Munster winger Andrew Conway on his reasons for leaving Leinster for a move to Limerick.

EXCITING new Munster winger Andrew Conway has revealed that a shot at playing in the province’s marquee Heineken Cup and RaboDirect PRO12 fixtures was a key factor in his decision to leave Leinster.

Twenty two-year-old Conway, who is line to make his Munster debut in Saturday’s pre-season clash with Gloucester at Thomond park (5pm), confirmed he had been offered a contract extension by Leinster, before opting to move to Munster.

Conway, who made his Leinster debut as a 19-year-old in February 2010, said the switch to Munster allowed him as a winger to get his hands more on the ball in all parts of the pitch.

“I wasn’t contracted to Leinster, believe it or not. That is what everyone seems to think at the time.

“It was my own decision. I thought about it long and hard obviously.

“I am delighted with the decision I made. It was a tough decision at the time.

“Leinster did offer me a new contract. There were a number of things for my decision to come to Munster.

“I wanted to experience something new. I kinda felt at the time that I had maybe come to a standstill in Leinster, I was getting game time. But if everyone was fit and firing, I wouldn’t be making those Heineken Cup match-day squads or the really big Rabo fixtures.

“I chatted to Rob (Penney), to Simon (Mannix) and Niall (O’Donovan) and my agent and a few of my mates. I took all things into account and decided to come down here, and try something new, get out of my comfort zone.

“Another reason I came to Munster was from watching the likes of Zeebs (Simon Zebo), Dougie (Howlett), they were getting on the ball from all parts of the pitch, not just on the wing.

“They would be coming into the line, running off 10-12-9 , a bit looser with the way they had gone about it.

“They were allowed, if they saw a gap somewhere, to get involved. Rob has a really expansive game plan and hopefully I can get involved in that.”

Conway said he found pre-season training at Munster to be similar to what he experienced during his time at Leinster.

Conway said: “The pre-season is pretty similar in most places I would imagine and I’m sure the strength and conditioning coaches in most clubs know how far they can push their players.

“It is similar to what I have been involved in before. You go hard for the five days and then take two days rest at the weekend.”