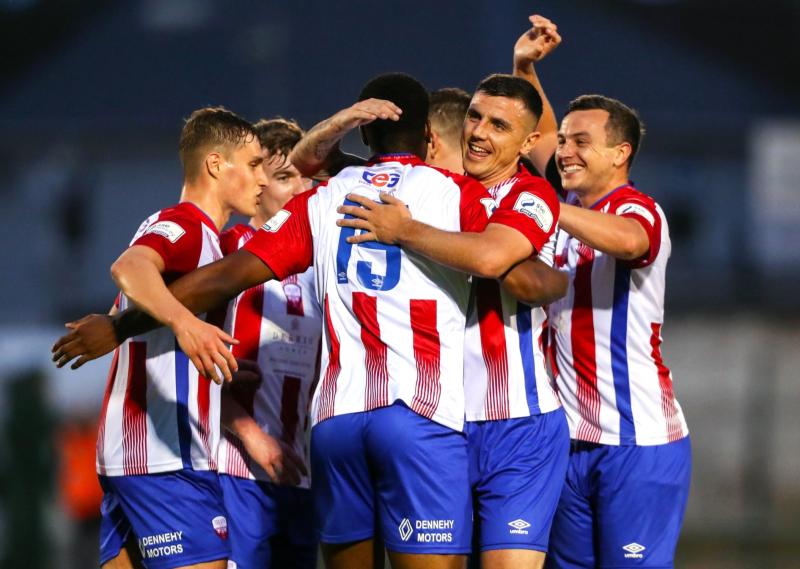 Success Edogun of Treaty United celebrates after scoring his side's fifth goal with team-mates during the Extra.ie FAI Cup First Round match win over Usher Celtic at the Markets Field. PIC: Sportsfile

TREATY Utd have drawn away to Kildare non-league side Maynooth Town University in round two of the Extra.ie FAI Cup.

The last 16 ties are to be played the week ending Sunday August 28.

This afternoon's draw was made by former Cup winners Alan Keane (Sligo Rovers) and Declan O'Brien (Drogheda Utd) at FAI Headquarters in Abbotstown.

Treaty and Maynooth will be battling to advance to the quarter finals at the end of this month.

Tommy Barrett's Limerick side defeated Dublin non-league side Usher Celtic 5-0 on Friday night to advance in the prestigious competition.

That was Treaty's first win in the FAI Cup - losing to Dundalk in their maiden voyage last season.