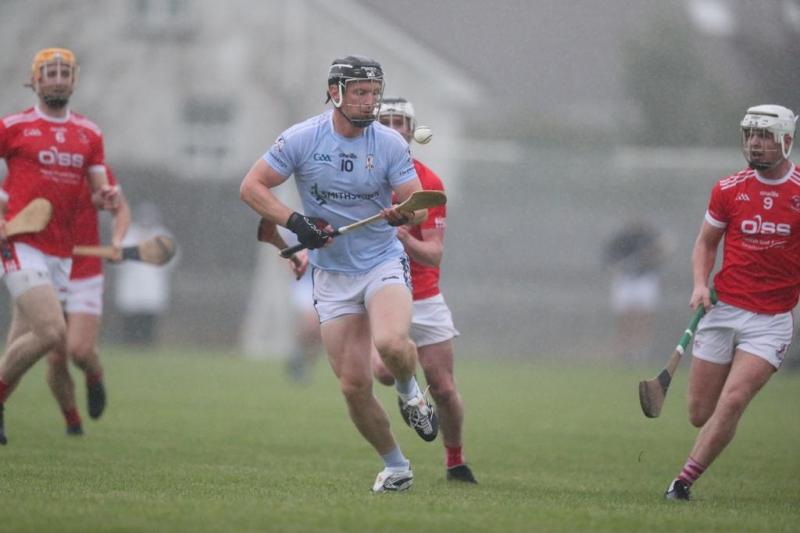 NA PIARSAIGH found the final seven scores to defeat Doon in round one of the Bon Secours Limerick senior club hurling championship.

This Saturday evening in a wet Claughaun it finished Na Piarsaigh 2-20, Doon 1-18.

Doon led by seven points at the mid-point of the second half, 1-16 to 0-12 but were to score just twice more as Na Piarsaigh found 2-8 in the final quarter to snatch victory - David Dempsey and Conor Boylan with the goals

Doon had a tonic start with a Dean Coleman goal inside a minute - Coleman was to end with 1-6 from play.

This was a tie that saw seven Limerick All-Ireland winners involved - Peter and Mike Casey, William O'Donoghue and Conor Boylan for Na Piarsaigh and Darragh O'Donovan, Richie English and Barry Murphy for Doon, who were without injured Limerick panelist Adam English.

With Coleman, Darragh O'Donovan, Pat Ryan and Barry Murphy among the points, Doon were 1-7 to 0-5 ahead just after the mid-point of the first half with Kevin Downes frees keeping Na Piarsaigh ticking over.

Doon raced from the traps in the second half with Richie English, Pat Ryan, Coleman and Murphy among a run of five successive points to move 1-13 to 0-11 ahead and just six minutes gone in the new half.

It was 16-minutes into the new half when Peter Casey had the first Na Piarsaigh score from play in the second half.

Keith Dempsey and a Downes free then levelled on 60-minutes.

And, in injury time William O'Donoghue and Peter Casey had points either side of a Conor Boylan goal to seal an 11-point turnaround.