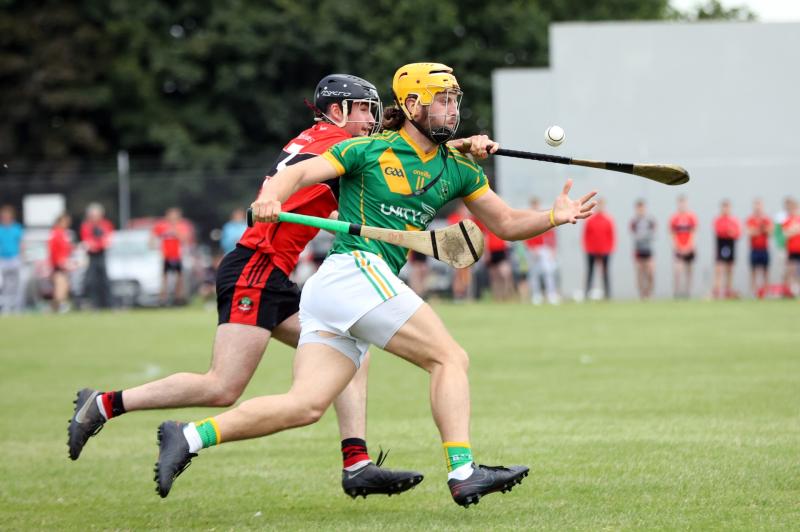 THE opening game of the 2022 Bon Secours Limerick senior club hurling championship finished honours even between Adare and Ahane.

In Claughaun, this round one Limerick SHC tie finished 1-15 each.

In the end it was Adare's David O'Mahony who levelled the entertaining contest for the ninth time.

All-Ireland SHC winner Tom Morrissey finished with 1-9 - including 1-4 from play.

Adare led 0-11 to 0-7 at half time with David O'Mahony, John Fitzgibbon and Willie Griffin leading their scoring.

William Brennan and Morrissey scores kept Ahane in touch despite their tally of 12 first half wides.

The game was level at 0-7 each before the final four points of the half sent Adare to the half time dressing room ahead.

When Tom Morrissey goaled four minutes into the second half the tie was level once more; 0-12 to 1-9.

Ahane then went ahead and could have been further clear but for a fine save from PJ Hall to deny Ciaran Barry a goal.

But up the field went Adare and Willie Griffin had their goal to regain the lead 1-12 to 1-10 and not yet 10-minutes into the new half.

Down the home stretch the teams continued to swap scores. Morrissey looked to have edged Ahane clear but his free was waved wide after referee Johnny Murphy consulted with his linesman and umpires.

It was another Limerick panelist Ciaran Barry that then looked to have won it for Ahane, until O'Mahony popped up to seal the draw for Adare.

Ahane play Patrickswell in round two next weekend, while Adare play Doon.