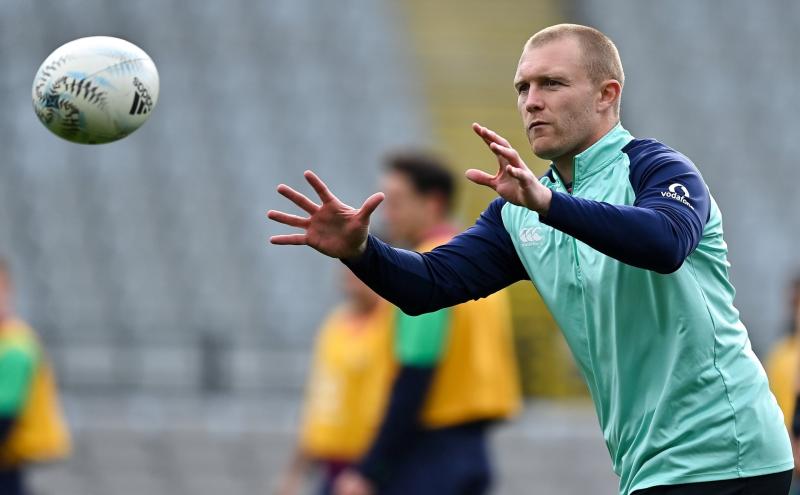 KEITH EARLS misses out as Ireland head coach Andy Farrell has made one change to Ireland's starting line-up for the second Test against New Zealand which takes place on Saturday at the Forsyth Barr Stadium, Dunedin.

In place of the Limerick man, Mack Hansen is introduced on the right wing to play alongside James Lowe and Hugo Keenan in the backfield.

Another two are on the bench - Joey Carbery and Conor Murray, who will hope to win his 98 cap if introduced.

Captain Johnny Sexton will again be partnered by Jamison Gibson Park at half-back while Robbie Henshaw and Garry Ringrose continue their centre partnership.

The pack is unchanged from the first Test in Auckland with Andrew Porter, Dan Sheehan and Tadhg Furlong in the front row and Tadhg Beirne and James Ryan at lock. Peter O’Mahony, Josh van der Flier and Caelan Doris are named in the backrow.

Rob Herring and Finlay Bealham, who were ruled out of the first Test, return to be named amongst the replacements alongside Cian Healy, Kieran Treadwell, Jack Conan, Conor Murray, Joey Carbery and Bundee Aki.