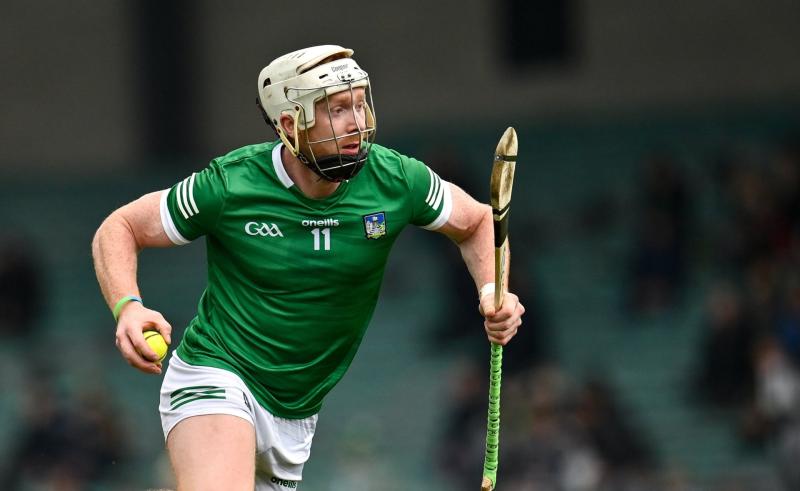 Kiely held a press briefing this Wednesday evening in the TUS Gaelic Grounds ahead of the June 5 Shannonside derby in the Munster SHC decider.

Two-time Hurler of the Year Cian Lynch is the only player 100% ruled out of the Clare clash with but both Peter Casey and Barry Murphy remain in a race against time to prove their match fitness.

"The group is making progress in that regard. Will it make a difference to Cian (Lynch), no it won’t. He won’t be back by Sunday week," confirmed Kiely.

"Cian is the only one that is definitely out for Sunday week, yeah."

He added: "There was no original timeline given, all we said was that he wouldn’t partake in the Munster Championship, that’s all."

The newly crowned Munster champions advance into a Sunday July 3 All-Ireland semi final in Croke Park and the loser to a Saturday June 18 quarter-final against either Wexford or the Joe McDonagh Cup runner-up; Antrim or Kerry.

What of Cian Lynch's participation?

"I’m not a great believer in hope, so really with a hamstring injury everything hinges on how that injury rehabs and how the healing process partakes for Cian. Every athlete is different, so thankfully Cian’s healing powers are strong and he is healing really really well. He is rehabbing really well. But I’m not going to put Cian on the pitch until I know he is 130 per cent and that he’s unbreakable, because he has to be spot on the money when he’s on the pitch. So we’ll keep rehabbing and building and strengthening him until we are satisfied this man is 110 per cent," said Kiely.

"Both Barry Murphy and Peter Casey are still making very significant progress in their recoveries and are getting nearer to a full recovery, but again that’s just a little bit off yet," outlined the Limerick manager.

"Other than that, Aaron Gillane has resumed training, Darragh O’Donovan has resumed training, Darragh just had a small little irritation - hence why we just tried to be a bit prudent with him the last day out. Cathal O’Neill had some ankle ligament damage from the Tipp game, he trained fully last night as well so he’s fully recovered," said Kiely.