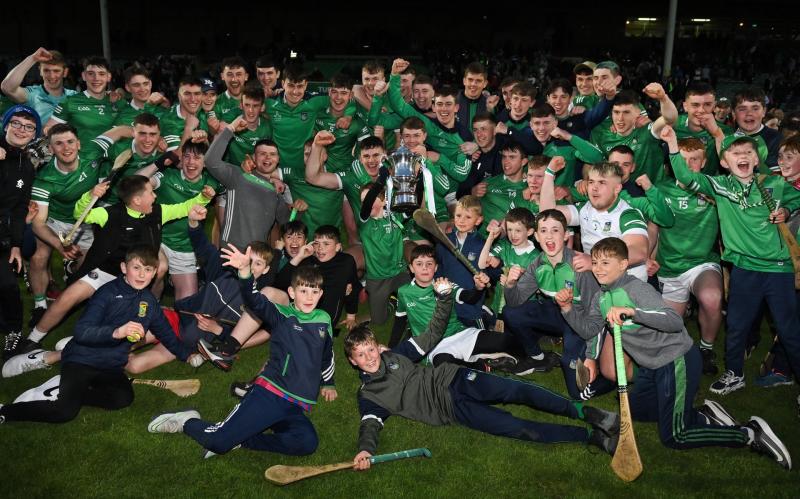 LIMERICK and Kilkenny meet in the All-Ireland U20 Hurling Championship final this Sunday.

This May 22 decider has a 1.30 start in FBD Semple Stadium as the curtain-raiser to the Munster SHC clash of Tipperary and Cork at 4pm. The U20 final will be televised live from Thurles on TG4.

The U20 final meeting of the Munster and Leinster champions is a repeat of the 2019 All-Ireland minor semi final, which Kilkenny won 2-24 to 0-18 in Croke Park.

This Sunday's tie is also a repeat of the 2017 All-Ireland U21 final, which saw Limerick win a sixth ever title in the grade. Indeed Limerick have never lost an U20/U21 All-Ireland final but now face a Kilkenny side who are appearing in their 24th final and chasing a 12th win.

Kilkenny haven't won an All-Ireland at this level since 2008 and have lost three finals since with the 2017 defeat to Limerick their most recent decider.

It's a Limerick panel backboned by the Munster minor hurling champions of 2019 and 2020. It's a panel that has seen players win All-Ireland titles with UL (Fresher Hurling) and Ardscoil Ris (Croke Cup) already this year.

Among those that Limerick will look to for inspiration will be Colin Coughlan and Adam English, who both saw action with the Limerick seniors in the Allianz League this Spring. Cathal O'Neill should also be a leading light for Limerick but is ineligible as he has played in the Munster senior championship.