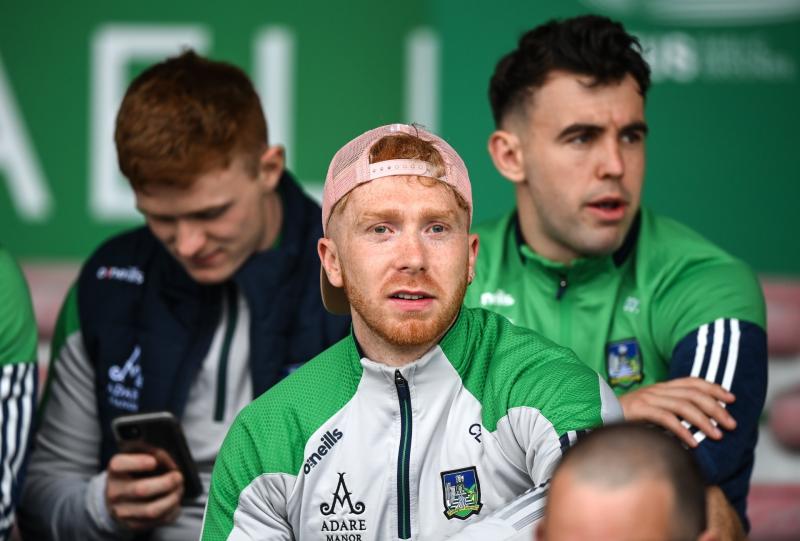 John Kiely's side now have three weeks until the June 5 Munster SHC final with Clare and the four-in-a-row chasing men in green will hope to edge closer to a full panel.

“It is too early to say," said the Limerick manager when asked if any of his injured stars could return for next month's final.

Cian Lynch and Aaron Gillane (both hamstring) and Peter Casey and Barry Murphy (both return from cruciate operations) are on the injured list at present and weren't togged out in Ennis for the epic 1-21 to 0-24 draw.

Completing the list of eight are Darragh O'Donovan and Graeme Mulcahy, who were both introduced as subs in Cusack Park and then Pat Ryan and Colin Coughlan.

On top of that eight, Limerick were also unable to call upon the likes of Cathal O'Neill, Brian O'Grady and Darren O'Connell - all injured.

And, management opted not to include any U20 players, like Adam English, in the matchday 26 due to their All-Ireland final with Kilkenny next Sunday.

That's nine players who weren't togged out in Ennis for varying reasons.

"We are making progress," said Kiely of his wish to reduce the list of those injured.

He added: "We are very hopeful that more guys are going to come into the reckoning over the next few weeks".

"It's just a minor strain - he'll be fine. He'll be back at training next week," confirmed the Limerick manager.

The sides were level on 14 occasions with Limerick ensuring there was no seperating the teams at the final whistle with an injury time score from a Diarmaid Byrnes free.

“I think the players today worked really hard for each other. Just super impressed with the guys who came in to the team just settled straight away. They all made really valuable contributions. That is really good for our group going forward because the lads who had been carrying knocks, they know when they come into training they have an added fight to try and win their place back. And that is a really good thing for our group,” outlined the Limerick manager.

He added: “We are just really, really proud of our guys. We’ve had a tough couple of weeks: different injuries, different knocks and it is great to see the lads who are getting their opportunities seizing it. Very, very happy with that”.

What of the June 5 Munster SHC final?

“I think if it’s anything like that game today it will be a cracker. That was a great game of hurling and some fantastic scorers were taken by both teams with some lovely passages of play. We’re just really proud of our guys, we’ve had a tough couple of weeks with different injuries and different knocks so we’re very happy with that,” he said.

For long periods the marksmanship of Tony Kelly and Diarmaid Byrnes was one of the highlights in Ennis.

Sunday's Clare game came at the end of a week in which Limerick had released a statement confirming management had dealt with a “breach of player protocols”.

“Listen, we have all moved on from that. They say a week is a long time in politics. It is even longer in sport. We are all moved on,” said Kiely when asked if he had further comment.