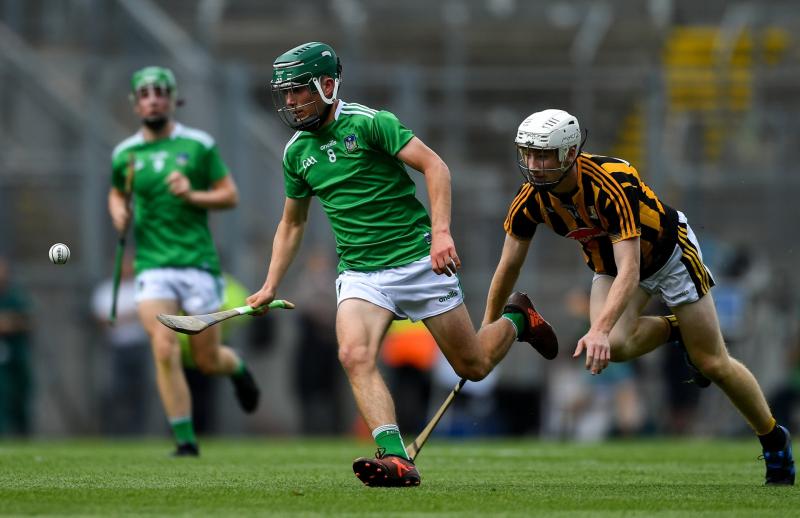 Limerick's Patrick Kirby in action against Kilkenny in the 2019 All -Ireland minor semi final. PIC: Sportsfile

LIMERICK and Kilkenny will meet in the All-Ireland U20 Hurling Championship final.

The meeting of the Munster and Leinster champions is a repeat of the 2019 All-Ireland minor semi final, which Kilkenny won 2-24 to 0-18 in Croke Park.

Limerick secured their U20 final place when defeating Tipperary to win the Munster title last Wednesday night, while Kilkenny overcame Wexford in the Leinster this Monday evening.

The All-Ireland final is set for the weekend of May 21/22 with Croke Park officials to confirm the details in the coming days. It is understood that the final will be televised live on TG4.

The final will be a repeat of the 2017 All-Ireland U21 final, which saw Limerick win a sixth ever title in the grade.

Indeed Limerick have never lost an U20/U21 All-Ireland final but now face a Kilkenny side who are appearing in their 24th final and chasing a 12th win.

Kilkenny haven't won an All-Ireland at this level since 2008 and have lost three finals since with the 2017 defeat to Limerick their most recent decider.

This group of Limerick hurlers were Munster minor champions three years ago but then lost by 12-points in the All-Ireland MHC semi final to Kilkenny, who then lost the final to Galway by 11-points.