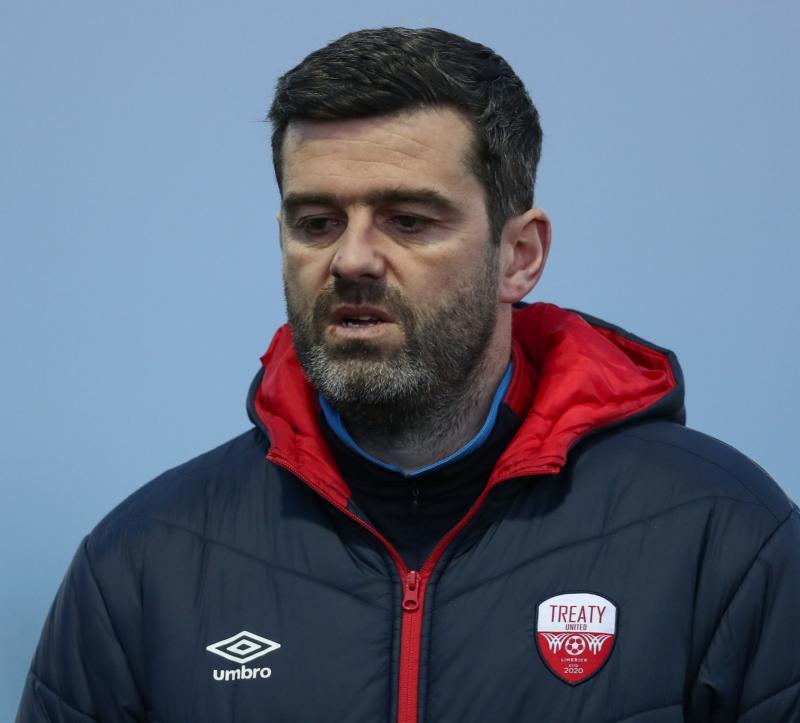 TREATY UNITED suffered their third defeat on the spin after falling 3-0 to Cork City in the Munster Senior Cup semi-final on Monday night at the Markets Field.

As had been the case in their previous league encounters this season, Cork City did their damage in a very short space of time – on this occasion, sealing the tie in 12 minutes.

Tommy Barrett would probably have liked to have rested more players for this fixture, but due to the limitations put on his squad by injury and the underlying need to stop the rot, he ended up fielding Marc Ludden, Sean Guerins, Dean George, Conor Melody and captain Jack Lynch.

The hope for those performers was largely to come back unscathed while debutants Jack Arra, Colin Conroy, Scott Kirkland and Lee Mulready provided a much-needed narrative for a game that genuinely mattered very little to either side.

But for all the uncertainty around an unproven XI, it was in nets that Treaty looked most questionable.

Conor Winn, who is vastly experienced at this level, fluffed an early backpass and his sliced clearance almost landed at the feet of the onrushing press.

However, a few minutes later, Winn’s lack of sharpness would ultimately cost them.

A cross from the right flank sailed over the Treaty blanket before left wing back Kieran Coates floated a seemingly weak header to the back post. However, Winn was incredibly slow to get down to it and the ball snuck in to hand Cork City the lead.

It was the eighth goal they’d conceded to Colin Healy’s Rebel Army this year.

And nine would arrive 12 minutes later, albeit in contentious fashion.

The goalscorer Coates went down under a seemingly tame challenge and referee David Keeler pointed to the spot despite the challenge appearing to take place outside the box. James Doona did the rest.

Franco Umeh made it three with 20 minutes remaining, but all of the sting and most of those in attendance had already left the game at that stage. Those who remained got to see Marc Ludden's 90th-minute penalty saved by Jimmy Corcoran.