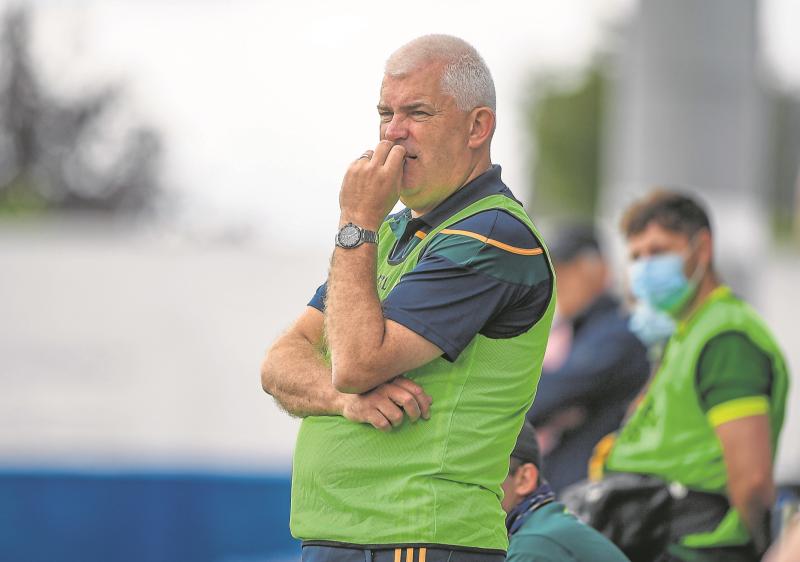 “OFFALY is a hurling county that is on the way back,” a delighted Leo O'Connor said after watching Offaly record an excellent win over Dublin in the Leinster Minor Hurling Championship semi-final in Tullamore on Saturday.

Once they settled into the game after a slow start, Offaly controlled proceedings, giving an excellent display for a fully deserved 3-18 to 1-15 win.

It leaves Offaly just one game away from a first Leinster minor hurling title since 2000 and the quality of their performances commanded the utmost of respect on Saturday. They now face neighbours Laois in the final next Monday – Laois had a super win over Kilkenny in the other semi-final on Saturday.

“Offaly is a hurling county that is on the way back. Michael Duignan (Offaly GAA chairman) supports us no matter what we do. I ring him and ask him can I do this and can I do that. There is never an issue. Everything is positive the whole time. Dervill (Dolan), Christy Todd. Going in and out of Faithful Fields. It is not easy for a County Board to be funding all of this. It is just a pleasure to be involved. I had a quick meeting there with Michael and everything is positive. All we can do is do our best. He is letting us off as a management team and we are doing that.”

O'Connor's appointment as Offaly minor hurling manager a few years ago was a new departure for the County Board. A member of the Limerick panel that was beaten by Offaly in the 1994 All-Ireland senior hurling final, it was a big step to appoint an outside manager for a minor team but it has yielded big dividends. Offaly reached the Leinster minor hurling final in 2020 for the first time since 2003 where they were beaten, 2-21 to 3-9, by Kilkenny – the final was played in 2021 because of Covid restrictions.

Now they have returned there and with much better prospects of a big breakthrough win.

“It is one step of the ladder again. Our aim is to try and get up the steps. From our point of view, we are in an All-Ireland series, we are hurling which is the most important thing. We will probably play seven/eight championship matches this year.

“Whether you win or lose the Leinster final, you are going into the All-Ireland series anyway. It is all about development and getting young lads playing. You can see the senior hurlers here warming up before they go out and do a bit. It is all about getting our young fellows up to that stage and that is the most important thing.”

Dublin were the better side in the first quarter on Saturday before Offaly got up to the pace of the game.

“The Dubs bring an awful lot of intensity and passion. They had right good hurlers out there and every chance they got, they ran at us. We were kind of prepared for that a little bit and once we got settled and got into the game, everything worked a treat for us. The lads, they died for us and they died for their county. That is the most important thing. The willingness to keep going and keep learning.

“We will make mistakes, that is not an issue. The issue is how we keep going and how we recover from these situations.”

Star forward Adam Screeney was carried off in injury time after a man of the match display but O'Connor was hopeful he will be okay. Screeney's injury, however, coupled with a number of dual players playing for Offaly in the Leinster Minor Football Championship semi-final in Parnell Park on Wedneday evening means that the management face an anxious few days.

“We will get working on him (Screeney) and the dual players. You have Niall Furlong, Shane Rigney, Donal Shirley. They have to play against the Dubs again on Wednesday night. From our point of view, it is onwards and upwards. We will keep motoring. We just have to mind these guys and keep them as fresh as we can.”

He has liaised closely with minor football manager Ken Furlong throughout the season.

“There is seven dual players between both squads. It is very hard to manage that. Ken wants his pound of butter, I want a pound of butter but in fairness, myself and Ken are in contact the whole time. I got a message from Ken Furlong this morning saying the best of luck. I will do the same to him on Wednesday night. It is important. What an achievement it would be if Offaly got to a Leinster minor football final as well on Wednesday night. We are managing it but it is tough and it is hard on the players.”

He was asked if the presence of Ken's son, Niall Furlong on the minor hurling team was a help in avoiding more conflict between the managers.

“Not really. We are both mature adults. We are both GAA men and we both want the best. Look at the game Niall Furlong had in the second half there. He ran his socks off for me and hurled every ball and covered back. You can't take that away from any young fellow. The work rate is the most important thing.”

While Saturday's win was very much fashioned on a collective team display, the performances of forwards Dan Ravenhill and especially Adam Screeney was pivotal to the success. O'Connor was asked about the importance of players of this ability to any winning team.

“It is really. You look at Ravenhill and you look at Screeney, they stood up to be counted. They stood up last week in Dundalk and were counted. They eat, drink and sleep hurling and it is a credit to their parents that they come with that attitude and they work so hard for us. Adam without shadow of a doubt is very very good. He is always a threat when he gets the ball. That is natural instinct.”

Offaly have already beaten Laois in the group stages and their presence in the final changes the goalposts for them. With victories over Wexford and Kilkenny, Laois come to the decider with their confidence soaring and a huge vein of form but there will be an air of expectancy among Offaly hurling supporters that would not have been there for Kilkenny.

“It is just a Leinster final at the end of the day and it is part of the process of getting to where we want to be. When you have potential, we are the only unbeaten team in the competition, ourselves and Tipp so from that point of view, it is onwards and upwards.”

He also talked about the benefit of games for these players.