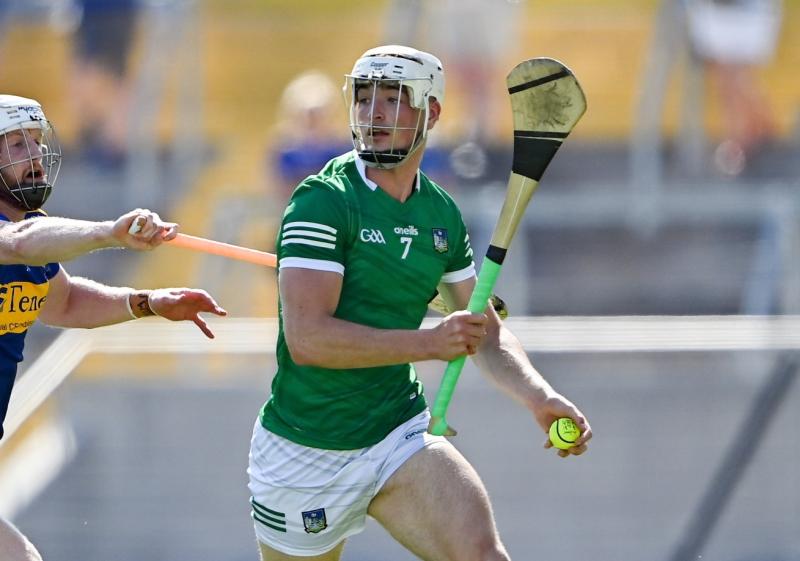 THE Limerick senior hurling team has been named to play Tipperary in Sunday's round three tie in the Munster Hurling Championship.

John Kiely and his management team have made two changes from the win over Waterford two weeks ago - 2021 Hurler of the Year Cian Lynch misses out with a hamstring injury.

U20 star Cathal O'Neill is selected for his first start in the Munster SHC after two fine outings as a substitute against Cork and Waterford. O'Neill is named at centre forward to replace the injured Cian Lynch.

In the second change, Kyle Hayes returns from injury and replaces Conor Boylan at full forward.

There are also changes to the Limerick substitutes for the Tipperary game with U20 players Colin Coughlan and Adam English rested after their Munster final win on Wednesday and ahead of their May 21/22 All-Ireland final with Kilkenny or Wexford.

It's a substitutes list that includes Seamus Flanagan as he battles back from a hand injury that saw him miss the two first rounds of the championship.

Included in a matchday championship panel for the first time is Ahane's Ciaran Barry.

Sunday's Munster SHC tie has a 2pm start in the TUS Gaelic Grounds and will be live on RTE television. Stand and terrace tickets remain on sale in Centra and SuperValu outlets and online.

Victory over Tipperary will ensure Limerick advance beyond the Munster SHC and into the All-Ireland series. Victory will also see the defending champions with one foot in the Munster final ahead of their final group game against Clare in Ennis on May 15.