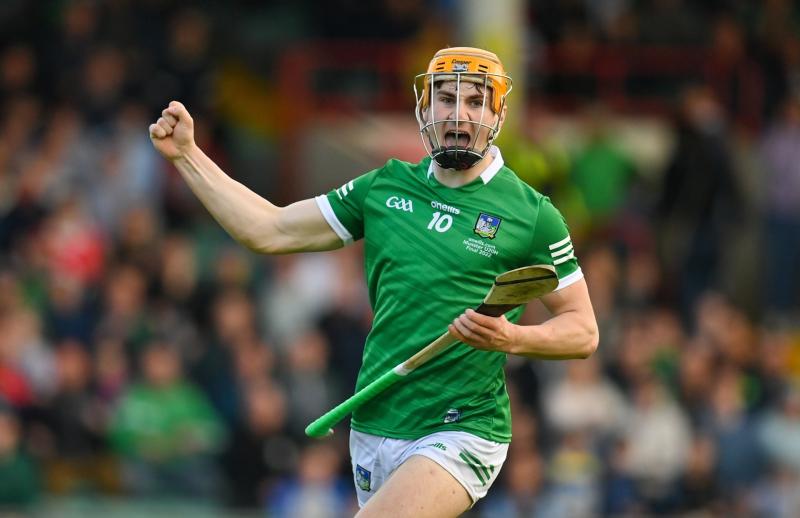 LIMERICK were crowned Munster U20 hurling champions this Wednesday evening.

In the TUS Gaelic Grounds it finished Limerick 1-25 Tipperary 2-18.

Limerick now advance to the May 21/22 All-Ireland final against Kilkenny or Wexford.

This is a ninth Munster U21/U20 title for Limerick.

This Diarmuid Mullins managed side were minor champions three years ago and now won this U20 title with a performance that returned 12 different scorers.

Limerick were eight points clear early in the second half but Tipperary battled back and the men in green had to stand firm to lead from the start to the finish.

Limerick were captained to victory by Jimmy Quilty with vice-captain Aidan O'Connor named the TG4 Man of the Match.

Limerick brought a 1-13 to 1-6 lead into half time after playing with the aid of the breeze in the opening half.

Seven different players were on the scoresheet in that opening half, in which Limerick had seven wides - three more than Tipperary. It was a half with 21 scores in total and all bar two Limerick frees were from open play.

The final five points of the half went the way of Limerick to copper-fasten the seven point interval advantage.

Limerick led from the off - Adam English crashing home a third minute goal that he made himself when intercepting possession and bearing down on goal to finish with aplomb.

Aidan O'Connor had opened the scoring with a free moments earlier and would add three points from play before half time - Limerick had 1-11 from play in the half in total.

English added two fine points from play and Limerick were 1-4 to 0-2 clear on 11-minutes - Colin Coughlan now also among the scores.

Tipperary did find their feet and Kyle Shelly goaled on 16-minutes to leave the game 1-6 to 1-4.

But Tipperary continued to find space in the Limerick defence and it was back to a two point game on 21-minutes - 1-8 to 1-6.

The side in blue and gold then failed to score for the final 13-minutes that were played.

And, down the other end Limerick hit five successive points - O'Connor (2), Chris Thomas and O'Brien with neat scores from play.

On the change of ends Eddie Stokes extended the lead but Tipperary continued to grow into the game.

Within 10-minutes an eight point lead was down to two.

Six minutes into the half came the second Tipperary goal - Jack Leamy finishing.

Crucially the next three points came the way of Limerick - O'Brien and sub Patrick O'Donovan with scores from play.

But Limerick held on for victory with two late Shane O'Brien points keeping the home side ahead.