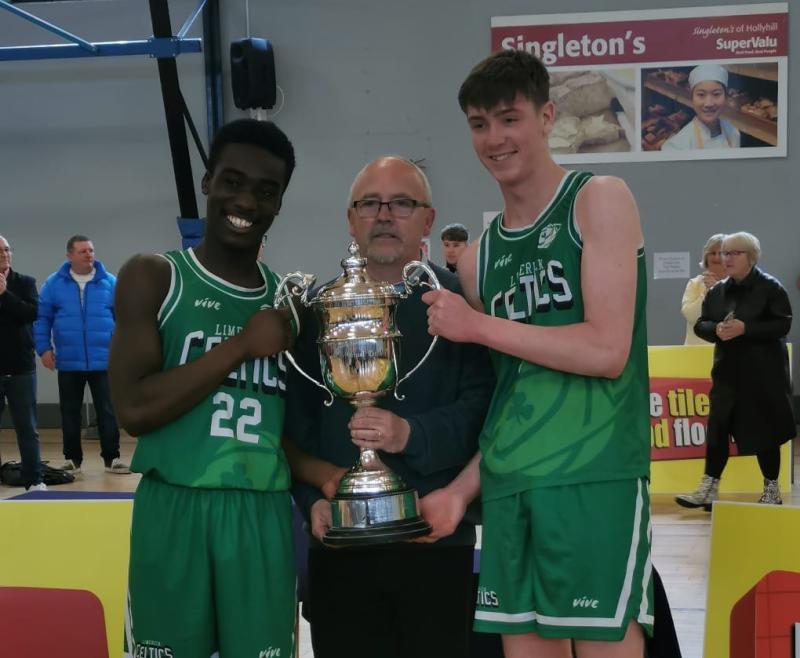 Some 35 teams from all over Ireland competed in the biggest basketball event ever with 74 games over the two days in five main venues in Cork City.

Limerick Celtics topped their group and beat local rivals Limerick Lions in the tournament quarter-final. A semi-final against tournament favourites Blue Demons saw our Limerick side produce a fantastic fourth quarter performance to overcome their Cork opponents and put Limerick Celtics in their first ever Billy Kelly National U17 Boys National final.

Belfast Phoenix overcame Killester in the other semi-final by a large margin and the Ulster side had a commanding lead against Limerick Celtics in the third quarter of the Billy Kelly Final but once against the Limerick side crawled their way back into the game.

The Belfast side came back again with some excellent shots, but Celtics defence was proving too much for the Belfast Phoenix team and with two more super scores from Celtics Sean McNamara and Oliver Barry the Limerick Celtics side ran out winners of the 40th Billy Kelly National TU17 Tournament.