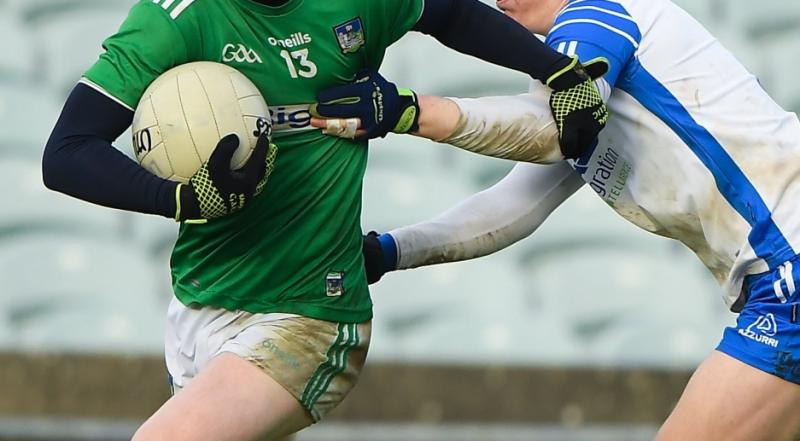 THE Limerick U20 footballers are in Munster Championship action this Monday evening.

The April 11 quarter final tie against Waterford takes place in Dungarvan at 7pm.

U20 Football remains a straight knockout competition and Limerick and Waterford are battling for a home semi final with Cork on April 18.

It’s 2005 since Limerick and Waterford last met in this grade and the men in green were 1-13 to 0-10 winners on that occasion.

This Monday evening, Limerick are managed by former inter-county goalkeeper Seamus O’Donnell, who is also a coach-selector with Billy Lee’s senior side.

O’Donnell’s backroom team consists of John Chawke, Pa Ranahan, John O’Grady and Neil Conway, who was a player when Limerick beat Waterford to win their only Munster U21 football title in 2000. The S&C coach is John Blackwell, with kitman Kieran Barrett and physio Angela Hogan.

Limerick played in the Liam Connor Cup in preparation for the championship but lost games to Offaly, Wicklow and Clare.

Limerick reached the 2021 Munster minor football final and four of that U17 panel are elevated straight into this year’s U20 team - Aaron Neville, Darragh Murray, Emmet Rigter and Conall O’Duinn.

There are 10 clubs represented in the starting team with Newcastle West leading the way with three players and two each for Fr Caseys, Monaleen and Ballysteen.