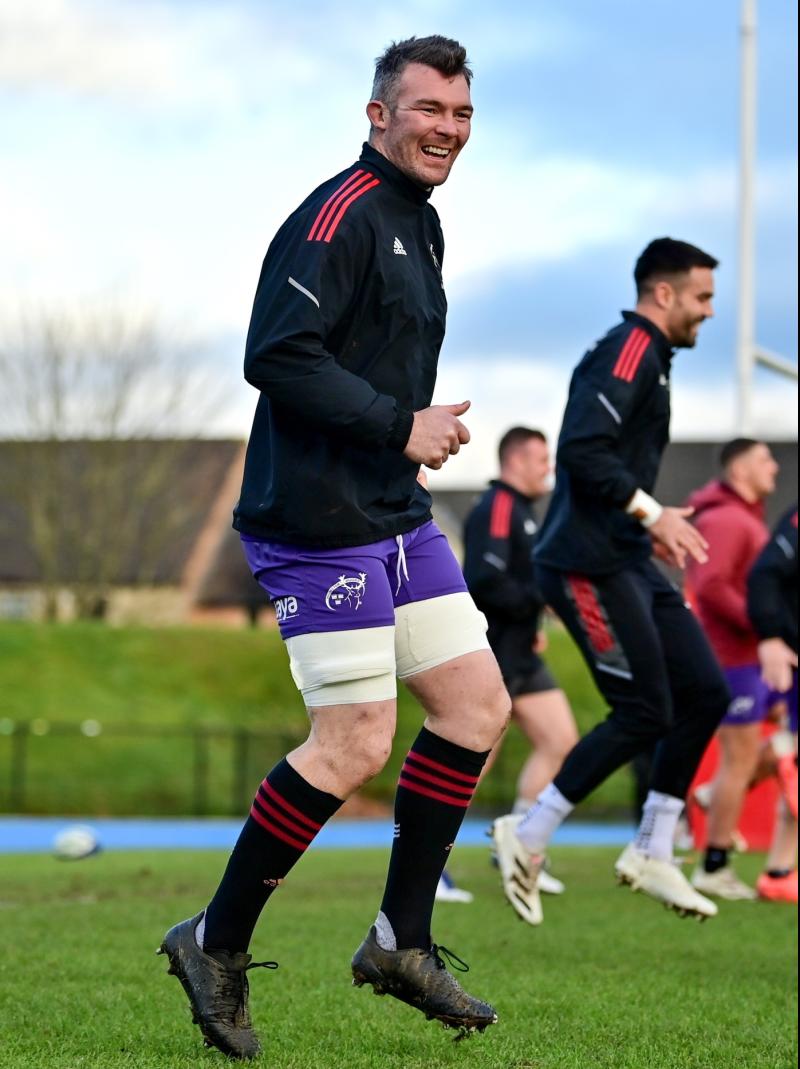 Munster Rugby captain Peter O'Mahony is back training with the squad

THE Munster Rugby squad is continuing preparations at the High Performance Centre at UL ahead of Friday night’s Champions Cup clash away to Castres, 8pm Irish time, live BT Sport.

Munster have been boosted by the return to training of two key forwards ahead of the trip to France for the crucial Round 3 pool fixture.

Jean Kleyn returned to training yesterday after recovering from a knee injury sustained against Connacht on New Year’s Day.

Team captain Peter O’Mahony also trained with the squad having missed the weekend’s win over Ulster after reporting a leg strain in the warm-up.

Meanwhile, the province confirmed that centre Damian de Allende picked up an abdominal injury last week and his availability for Friday night will be determined later this week.

Three Munster players lined out for their clubs in the Bank of Ireland Munster Senior Challenge Plate final on Saturday.

Tighthead prop Roman Salanoa featured for Shannon in the game at Coonagh, while loosehead prop Liam O’Connor and Academy back three player Jonathan Wren were on the successful Cork Constitution side.