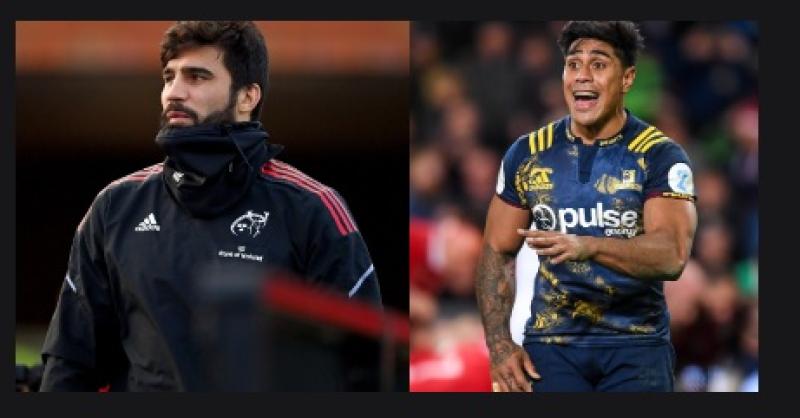 MUNSTER Rugby are understood to be stepping up their interest in acquiring the services of former All-Black centre Malakai Fekitoa.

Twenty nine-year-old Fekitoa is out of contract at English Premiership side Wasps at the end of the current season.

Thirty year-old De Allende is tipped for a move to Japan, the Limerick Leader understands.

Damian de Allende joined Munster in the summer of 2020 from the Panasonic Wild Knights in Japan after playing a leading role in South Africa’s 2019 World Cup winning campaign. De Allende, who has made 28 appearances for Munster to date, is out of contract with the province at the end of this season.

The versatile Fekitoa can play at inside or outside centre. He joined Wasps from French giants Toulon in the summer of 2019 after two seasons in France.

Fekitoa scored eight tries in 24 appearances for the All Blacks, including two tries at the 2015 Rugby World Cup as he was part of the side which won back-to-back titles for the first time ever.

The powerful centre already has a wealth of experience on his shoulders after four seasons with the Highlanders, where he helped them to a first ever Super Rugby title in 2015, amassing 20 tries in 65 appearances, as well as lining out for Auckland in the Mitre 10 Cup.