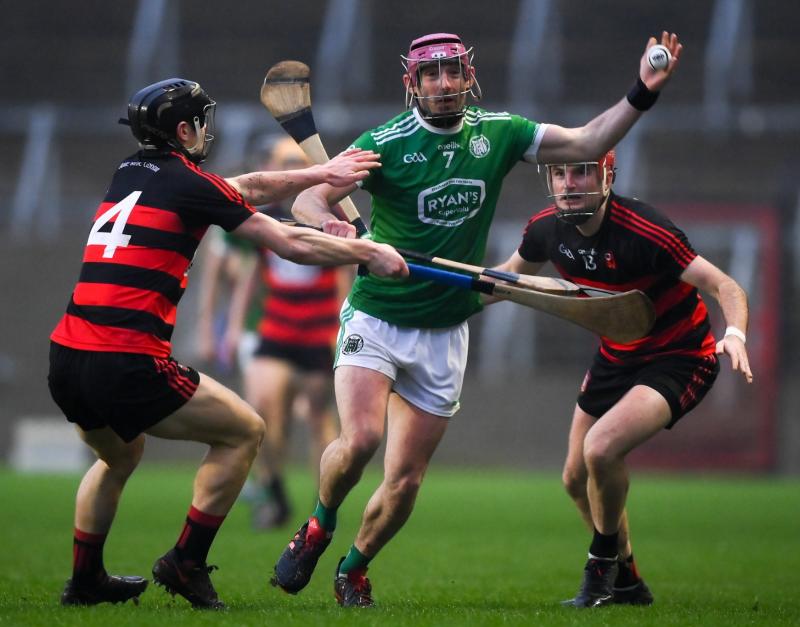 LIMERICK champions Kilmallock suffered a heavy 3-20 to 1-12 defeat at the hands of Waterford kingpins Ballygunner in the AIB Munster club senior hurling final at Páirc Uí Chaoimh on Sunday evening.

By half-time, the 2018 Munster champions were leading by nine points with Dessie Hutchinson raising the green flag after just 10 minutes.

Ballygunner extended their lead to 14 points by the full-time whistle, outclassing a Kilmallock side who recorded just 10 points from play in what proved to be a very difficult outing for Tony Considine’s side.

Last October, a Kilmallock side that had contested nine Limerick semi-finals in a row but hadn't won the title since 2014 defeated a fancied Patrickswell outfit featuring All-Stars of Cian Lynch, Aaron Gillane and Diarmaid Byrnes.

2019 Munster finalists Ballygunner, who have been crowned Waterford Senior Hurling Championship winners on 20 separate occasions, last won the prestigious O'Neill Cup in 2018, defeating Na Piarsaigh of Limerick. Sunday’s game was the Gunners fourth Munster final appearance in a row, albeit with the exception of 2020 when the provincial competition was cancelled due to the impact of the Covid-19 pandemic on Gaelic games.

Twelve-time Limerick champions comfortably defeated Cork champions Midleton by seven points – 0-19 to 1-9 –at the semi-final stage in TUS Gaelic Grounds, while Ballygunner overcame Clare’s Ballyea in the quarter-final before a five-point win over Loughmore-Castleiney of Tipperary sent the Waterford champions into the final.

Kilmallock, who were looking for their first Munster title since 2014, had started the brighter of the two sides and were two points ahead by the third minute with Graeme Mulcahy.

Kilmallock had started the brighter of the two sides and were two points ahead by the third minute with Graeme Mulcahy slotting over two quick-fire scores in the early stages.

However, Ballygunner were leading by six points – 1-6 to 0-3 – by the first water break with a Dessie Hutchinson goal in the 10th minute putting the Gunners on their way.

It was Ballygunner 1-11 Kilmallock by the half-time break.

Both Mahony and O’Keeffe added further goals before the second half water break, at which Ballygunner led by 14 points.

Substitute Conor Hanley found the back of the with a consolation goal stoppage time, but it proved too little too late for the Limerick men who suffered a 14-point defeat.