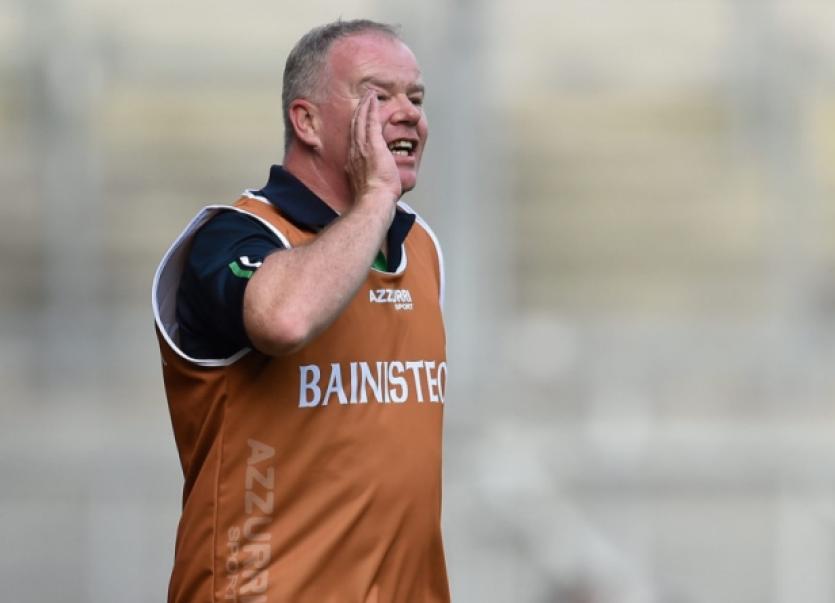 Sherry set for comeback, Longford next on Super Blues hit list, Quaid’s resignation and the return of the Junior soccer season are the major talking points in Monday’s Limerick sports update

Sherry set for comeback, Longford next on Super Blues hit list, Quaid’s resignation and the return of the Junior soccer season are the major talking points in Monday’s Limerick sports update

Former inter county hurling starJoe Quaid has stepped down from his role as Limerick camogie manager. Quaid had three years in charge of the team and they flourished under his stewardship. He brought an Intermediate All Ireland title in 2014 and also worked closely with the management teams that were Minor, Junior A and Division 4 League champions. “I would like to thank all members of the board over the last three years for their help and support. It has been a fantastic journey and I’d like to think that Limerick Camogie is in a far better place now than when I took over the role,” Quaid said. Quaid has been linked to the vacant Offaly senior hurling manager’s job.

Longford Town are the latest visitors to in form Limerick FC tonight. Martin Russell’s side are aiming to build on their stunning 3-2 win at Cork City on Friday night and have Longford very firmly in their sights. Goalscoring hero from that game Paudie O’Connor says that the team will not be resting on their laurels. “There won’t be any problem with fellas getting their feet back on the ground for Monday’s game. We saw the Sligo result away at Drogheda. We know we need to keep the foot on the gas and not rest on our laurels.”

Rugby - Sherry to return for Munster

Hooker Mike Sherry is likely to make his comeback for Munster in this weekend’s pre season game against Connacht. Limerick man Sherry has not featured for Munster since November 2013 following a knee and three shoulder surgeries. Munster head coach, Anthony Foley said: “My plan with Mike (Sherry) is to see him next week. When we have done contact, he has been in the middle of it. He hasn’t shied away from anything. He may be a small bit rusty when he gets back involved, but I think everyone would be excited to see Mike Sherry.”

The Limerick District League soccer season made a welcome return over the weekend and Premier League champions Janesboro sounded off a warning shot to the rest of the league. They had a comprehensive 7-2 win against Moyross. Click here for a roundup of all the action from the opening weekend in the Premier League.

Anthony Cunningham’s Galway beat Tipperary in yesterday’s All Ireland Hurling semi-final thanks to an injury time point from Shane Maloney. The Tynagh/Abbey-Duniry clubman made his inter county debut with five minutes left in the game and latched on to Joe Canning’s long pass to turn past Conor O’Brien and pop over the winning score. Tipperary needed 3-9 from Seamus Callanan to stay in the game but the rest of their forwards under performed. Tipp manager Eamon O’Shea is now to leave his position with selector Michael Ryan likely to take over.

Australian Jason Day won his first major at Whistling Straits last night with a brilliant five under par round. Day has been close to winning majors for the last five years but the stars aligned at Whistling Straits for Day and he seized his opportunity. His winning margin over Jordan Spieth was three shots. Spieth, on the back of finishing second, has now replaced Rory McIlroy at the top of the golf rankings.