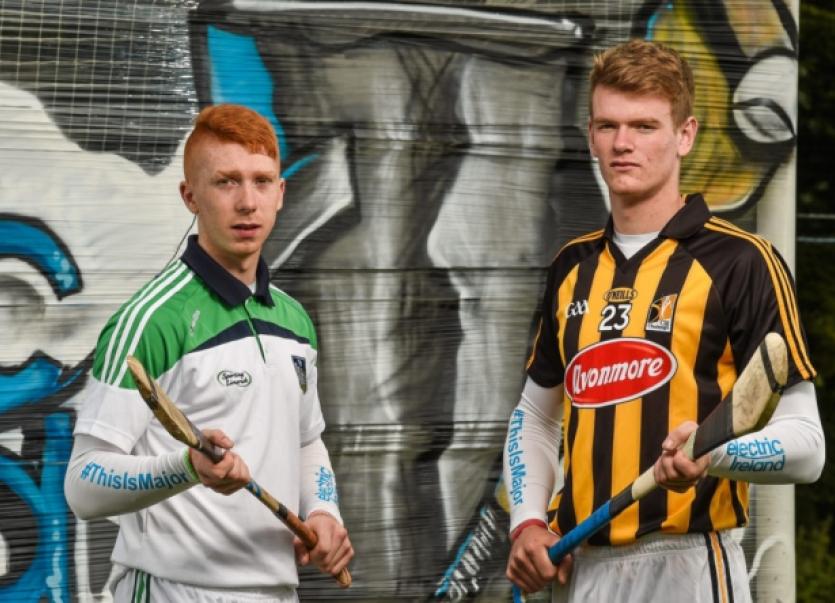 LIMERICK minor hurling captain Cian Lynch has a strong family tradition in his favour this Sunday as he bids to become the fourth Limerick man to lift the Irish Press Cup.

LIMERICK minor hurling captain Cian Lynch has a strong family tradition in his favour this Sunday as he bids to become the fourth Limerick man to lift the Irish Press Cup.

On two of the three previous All-Ireland winning Limerick minor teams were relations of the Patrickswell teenager.

“Ah, I’m hoping to keep it going alright,” Lynch told LeaderSport this Monday. The Limerick captain was in Dublin at a media event organised by All-Ireland MHC sponsors Electric Ireland.

In 1958 Eamonn Carey was corner forward and hit two points as Limerick beat Galway 5-8 to 3-10 in Croke Park and 30-years ago his uncle Pa Carey was full back when Limerick were replay winners over Kilkenny, 2-5 to 2-4 in Semple Stadium.

Family tradition won’t count for much come 1.15 on Sunday but Lynch is well aware that the group he bids to join on Sunday is too small.

“It would be as sweet as can be to win - 1984 is just too long to wait for a minor win,” he outlined as he bids to join fellow Limerick All-Ireland winning minor captains; Newcastle West’s Paddy McCarthy (1940), St Patrick’s Paddy Cobbe (1958) and Bruff’s Anthony O’Riordan (1984).

But Lynch is totally focused on the job at hand and well aware of the Kilkenny challenge.

Over three years ago Lynch was introduced as a sub as Ardscoil Ris suffer a narrow 1-11 to 2-10 All Ireland Colleges Final defeat to Kilkenny’s St Kierans College.

This March, Lynch was captain as another fancied Ardscoil Ris hurling team were beaten by a barrage of St Kierans second half goals in the All-Ireland semi-final.

“St Kierans - oh god yeah. We all remember that game in Ardscoil Ris. It will be at the back of our mind for the Ardscoil Ris lads and a motivation in itself but we all know what Kilkenny will have to offer and nothing but our A game will be good enough on Sunday,” outlined the Limerick minor captain.

He added: “We know there is a huge battle ahead of us - we know the job at hand”.

“There is no doubt it will be an uphill battle, playing Kilkenny. We have played all the top teams and beat them but now we are playing the team with the top tradition - we can’t underestimate them but we are trying to create change tradition and create our own history,” he said confidently.

“Training has been great since the Galway game but we know that there is a battle ahead for us. It’s 2005 since the Limerick minors were in the final and we want to do our best.”

“As a young fella it’s all you dream of. I can remember my first All-Ireland final and it was ‘99 when Cork won. Ever since that day I have wanted to play in an All-Ireland final. Imagine 60-minutes of hurling in front of 80,000 people - that’s just outstanding,” he said excitedly.

“Nerves will be normal.”

He explained: “Everyone would have nerves, even the Kilkenny seniors I would say. There will be adrenalin but once you get onto the first ball all that will be gone and everything else will be blanked out. Last year playing Galway in the semi-final everyone was saying afterwards about the big Limerick crowd that came in before the end - just I didn’t notice anything. You just block all that out and concentrate on the ball and what’s happening inside the white line”.

The captain is in his third year with the minors and is confident that everything has been done to ensure victory is attainable.

“In fairness to the management that have left no stone unturned - our training has been second to none. But we realise that any team in an All-Ireland will be doing the same thing,” he outlined.

He added: “We are training as hard as we can since we were U-14s for this,” said Lynch”.

What about his captain’s role. “I do a bit of talking but there are a panel of leaders there - we do most of our talking on the field,” answered Lynch, who is joined in the panel by Ronan Lynch (2012 captain) and Andrew La Touche Cosgrave as the longest serving county minor players.