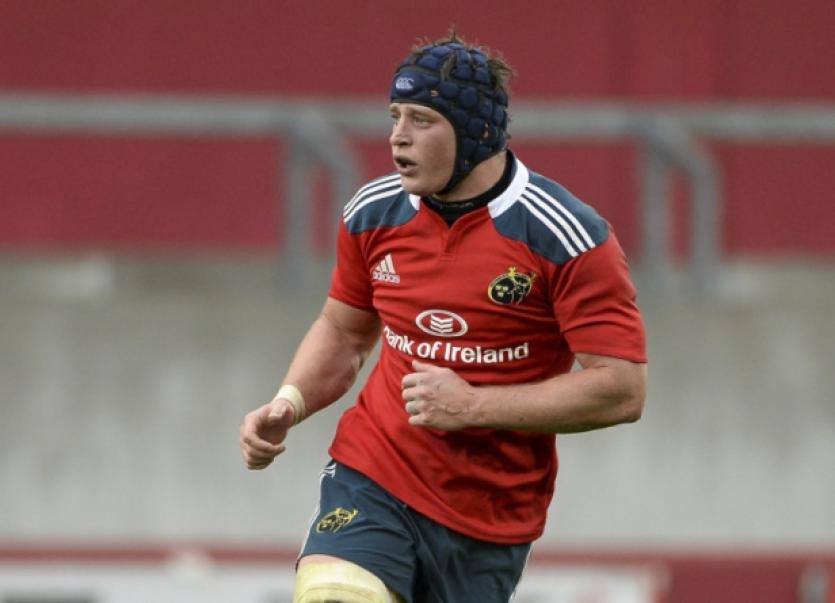 BARRY O’Mahony is set to make his first Munster start this Saturday when he lines out for the province in the Rabo Direct PRO12 game against the Cardiff Blues in Thomond Park.

BARRY O’Mahony is set to make his first Munster start this Saturday when he lines out for the province in the Rabo Direct PRO12 game against the Cardiff Blues in Thomond Park.

Munster make their return to the competition at 7.15pm on Saturday, their first game in three weeks and their first in the league since losing to Ulster at the start of January.

And O’Mahony, who re-joined the province last year on a Development Contract is set to be rewarded for his good form for the ‘A’ side with a first competitive start for the seniors.

He has appeared as a sub on a couple of occasions but after captaining the ‘A’ side in the B&I Cup, he now gets a chance to shine at the higher level and he will be aware of the need to impress given that his contract is up at the end of this season.

O’Mahony, who now plays with Garryowen after a spell with Clontarf, is likely to line out alongside his younger brother Ronan.

Munster will be without their international contingent of Paul O’Connell, Peter O’Mahony, Conor Murray and Tommy O’Donnell while Damien Varley, Donnacha Ryan, Keith Earls and Mike Sherry are injured.

Simon Zebo and Dave Kilcoyne will be particularly keen to impress having been omitted from the Ireland squad.

Munster are three points clear of Leinster at the top of the table while Cardiff are 21 points further back in ninth place. Saturday’s game will present the Munster fans to see Robin Copeland up close. The Wexford man joins Munster next season after a fine spell with the Welsh club.