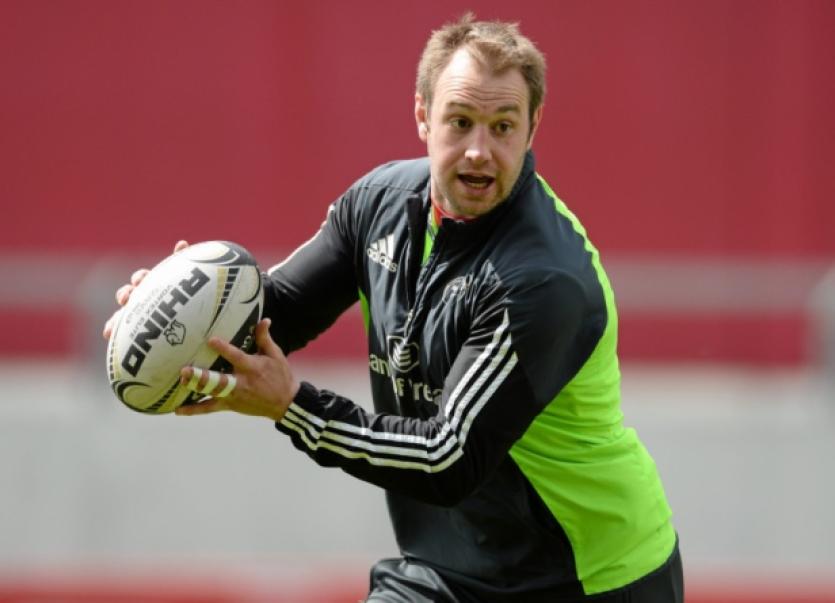 Thirty year-old Murphy won a PRO12 title with Munster and three English Premiership titles with Leicester during his distinguished career.

In making his announcement, Murphy said he had ‘lived the dream’ as a professional and it had ‘been a blast.’

Murphy said, “I’m grateful for the long and successful career that I’ve had but it is now time to call an end to it. I would like to thank all my mentors, coaches, teammates, the fans who have made my time in the sport so special and most of all my family for all the support they have given me throughout the last 10 years.”

In his time with Munster, which ended at the end of last season, Murphy made a total of 91 appearances, winning the PRO12 title in 2011 and featuring in Munster’s historic win over Australia in Thomond Park in November 2010.

Before joining the province Murphy made 99 appearances for Leicester Tigers, winning the English Premiership three times and an EDF Energy Cup over the course of five years at the club.

The Kildare-man also featured on the Ireland ‘A’ team winning the Churchill Cup in 2009, the Irish Wolfhounds and the Emerging Ireland team, winning the IRB Nations Cup in 2014. He was also included in the Ireland Squad for the 2010 summer tour, facing the Barbarians and NZ Maori.

Murphy, who is a director of Titan Fit gym in Naas, is starting his IRFU Stage 4 coaching tenure with Naas RFC in Division 2A of the Ulster Bank League.