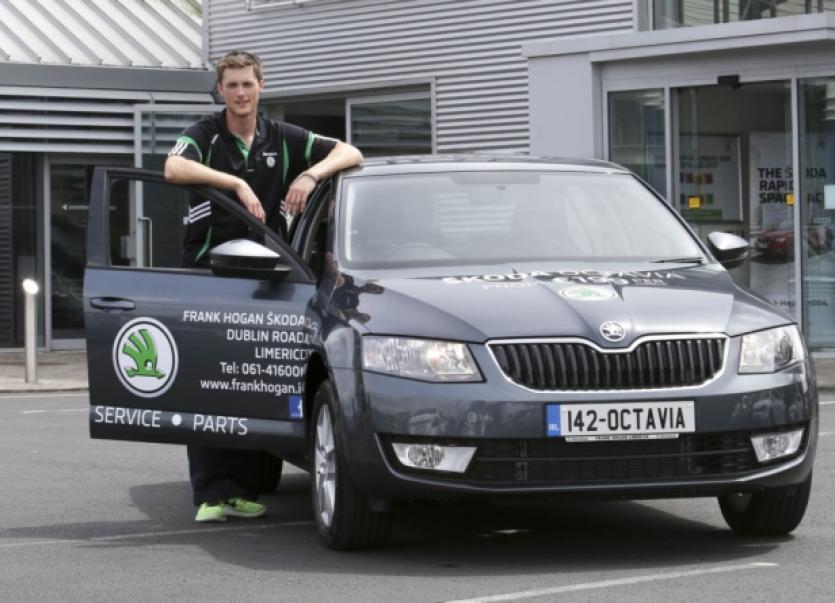 THE “fear of winning” has been removed from the Limerick hurling landscape.

THE “fear of winning” has been removed from the Limerick hurling landscape.

That’s according to Gavin O’Mahony.

The Kilmallock man has explained how the Munster final of last Summer and June’s win over Tipperary has changed the mind-set of the players in TJ Ryan’s squad.

“It was almost like we were afraid to go out and win at times because you just don’t think its possible - but when you win something its totally forgotten about and put to bed. You now realise that you can win something and you focus on your role in the team and not to be worrying if it’s possible for us to come out on the right side of the result and get a win,” said O’Mahony, who was speaking at Frank Hogan, SKODA - he is an ambassador for the dealership.

“The fear of winning is removed - we know from last year that it is possible and the Tipp match backed that up but at the same time we haven’t had a whole pile of success and we can remember clearly what it was like to be on the receiving end,” he explained.

“It makes you hungrier to make hay and win as much as you can win when you have a team that is in the condition and frame of mind that are good enough to win - now when you put in the training, you know that you can be rewarded.”

“He outlined: “Last year without trying to focus too much on it being a Munster final, it was a Munster final and something new for all bar maybe two on the panel. It was a Munster final but this year it feels more like a Limerick v Cork match and how are we getting past Cork or winning in Cork and that’s very much the focus. Definitely it eases the pressure a small bit or eases the fear of winning and we can now focus on Cork”.

For O’Mahony, much can be traced back to the Munster SHC loss to Tipperary in 2012.

“The big game for me was Tipp two years ago when we lost over in Thurles - I know myself I was not fit enough and that was something that was in my control. Throughout the panel we just felt that we were not fit enough - there are going to be hurling mistakes and breaking balls can go one way or another but fitness is something you have control of. It had to be fixed and corrected and those were the things that can be controlled. It’s simple that you have to be as fit as you can possibly be and as sharp hurling wise and then when you go out and lose you don’t have regrets. That Tipp game was regret because we didn’t have the legs to finish it out and it was a game that was there to be won. It was a great lesson and since then we have upped the ante and we train a lot smarter and harder and thankfully our fitness has proved very beneficial in the last four or five competitive games,” outlined the wing back.

As Limerick prepare for successive Munster finals, all feels a little different for O’Mahony.

“We came down to earth relatively quickly this year - last year was completely new ground for us, the majority of the panel has never won a Munster championship game. This year was brilliant and it definitely makes going back to training easier but we knew we were lucky at times to win and there were certainly aspects to work on and that gives an emphasise in training when you have something to work on. Last year we were aware that others had more games than us and we are conscious that our hurling has to be fast and better than last year. Look at Cork in the immediate future - they have played three matches and we have only one. We are conscious that we have to be as sharp as them and as fit as them,” he stressed.

“There is only one Sunday in the year that you get to tog out in a Munster final and it comes down to 70-minutes after a lot of hard work - not even five or six months but a couple of years of improving the standard and mind-set.”

But before July 13 O’Mahony’s day job will bring him to Cul Camps in Ballinacurra and Knockainey.

“I now realise that there is very little I can do to win a Munster final on a Thursday or Friday, its a case of getting stuck into work and wait for Sunday.”