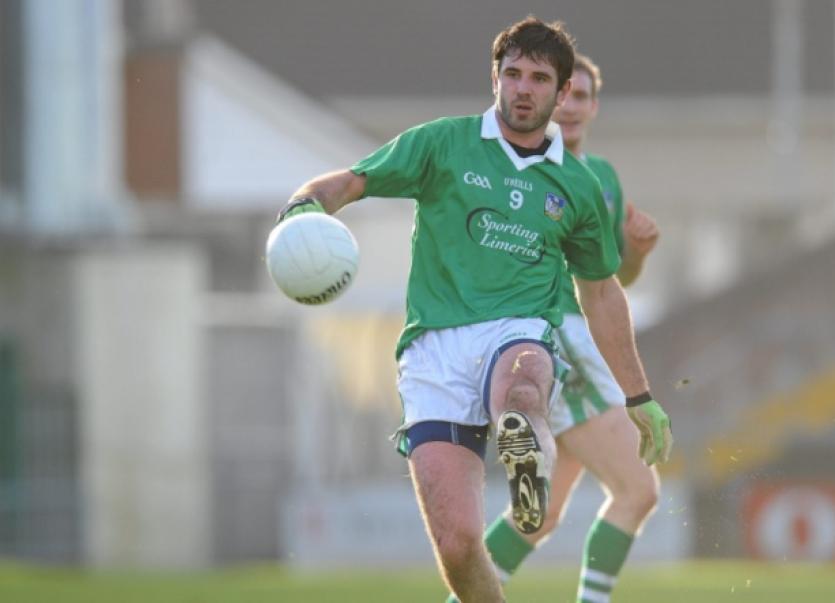 John Galvin, the greatest Limerick footballer of all time, has announced his retirement from the inter-county game.

John Galvin, the greatest Limerick footballer of all time, has announced his retirement from the inter-county game.

The 34-year-old from Croom enjoyed a 15-year career in the green of Limerick, making his debut in 1999 and going on to play in five Munster finals. He also played in an All Ireland U-21 final in 2000, won a Division 2 title in 2003 and Division 4 in 2013. In 2010 he was controversially overlooked for an All Star award but was selected on the GPA team of the year for that season.

“The time is right for me now,” he said this week. “This has not been an easy decision but I know that I have made the right call to move on. I informed John Brudair of my retirement this week and I want to thank him for his patience and time he gave me to make up my mind.

Galvin, who now plays with Clare club Cratloe where he lives, says he could have played for one more year but the demands of inter-county football made it hard for him to give full committment.

“The demands on time and more importantly a person’s body are huge these days. I know I could have given it one more year but I feel it is best for me and for Limerick that I move on.

“I’ll continue to play with Cratloe for the coming season alright. I have always been the kind of player who commits to something 100% so once I knew I could not give that to Limerick anymore, the decision was made for me.

Galvin, who also managed to balance a career with his basketball, was one of the best midfielders of his generation but retires without any championship silverware, despite coming close in four Munster finals - 2003, 2004, 2009 and 2010.

“Those were the golden days of Limerick football,” he adds.

“I have to thank all those people who helped me along the way. My entire family and my wife Liane have been my biggest supporters over the years.

“I have been lucky too, to have played under managers and coaches who have added something to my game every step of the way, from Liam Kearns, to Mickey Ned O’Sullivan, to Maurice Horan, Donie Buckley and of course John Brudair in the last two seasons.

“I don’t want to leave anybody out but people sometimes forget the work that goes into a senior football setip and I only wish I could have repaid them and the fans of Limerick with more silverware over the years.

“This is the time to walk away from Limerick in terms of playing. I’m going to enjoy 2015 with the club and who knows what the future holds. All I can say is ‘thank you’ to everyone I with and against over the years. Luimneach abu.”