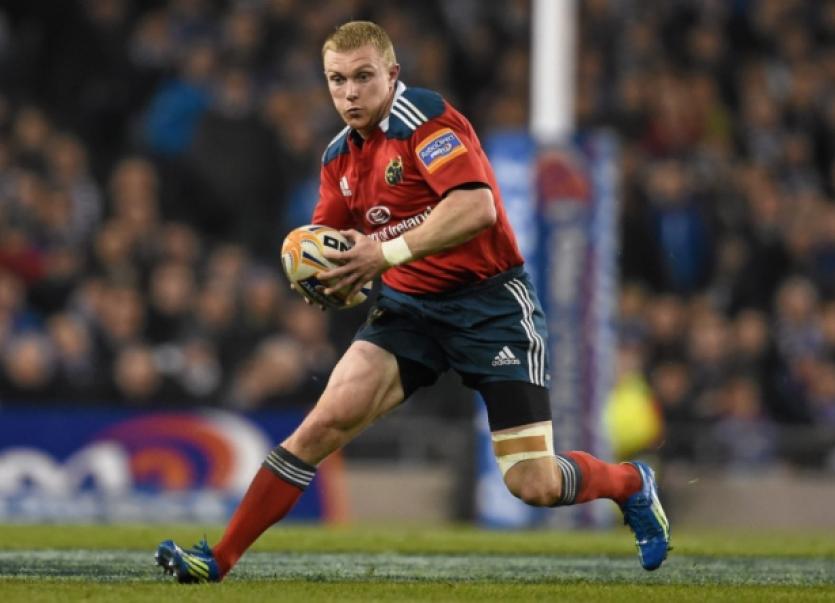 MUNSTER coach, Rob Penney says the province could not have asked for a ‘better hit-out’ than the one provided by Leinster ahead of Saturday’s glamour Heineken Cup quarter-final clash with Toulouse at Thomond Park (1.30pm).

MUNSTER coach, Rob Penney says the province could not have asked for a ‘better hit-out’ than the one provided by Leinster ahead of Saturday’s glamour Heineken Cup quarter-final clash with Toulouse at Thomond Park (1.30pm).

Penney believes the intense nature of their weekend PRO12 clash with Leinster will stand Munster in good stead ahead of their showdown with the French aristocrats.

More than 3,000 Toulouse fans are expected in Limerick this weekend for Toulouse’s first visit to the city for a European Cup tie.

Rob Penney said: “We came through the Leinster match without any additional injuries. There are a lot of bumps and bruises. The guys are pretty sore. That is to be expected.

“Having a robust hit-out like that is ideal preparation for Toulouse. You couldn’t ask for a better hit-out than that, in terms of the intensity required and getting our minds focused on what is a very difficult competition and ensuring we are in the best place mentally to deal with it, Leinster have done us a real favour.

“We just went into our shells a couple of times at critical moments (v Leinster). We just didn’t quite get the rub of the green on a couple of calls and in big games those moments are critical.

“I was proud of the endeavour, but we probably lacked a bit of time on the park at the intensity required. It is an ideal lead-in to next week.”

Munster were this week sweating on the fitness of team captain Peter O’Mahony and the versatile Donnacha Ryan.

Of the 68 Heineken Cup quarter-finals to date, a total of 51 (75%) have been won by the home club with 17 victories for the away club. Munster have been installed as 8/15 favourites to win Saturday’s quarter-final, with Toulouse available as 6/4.

Munster’s loss to Leinster in the PRO12 at the Aviva Stadium on Saturday leaves Penney’s second-placed side five points adrift of Matt O’Connor’s side in the table. Munster remain three points ahead of Ulster, who suffered a weekend defeat to Cardiff.

Munster have four games remaining in the PRO12 regular season, home to Glasgow on April 12, away to Connacht on April 19, away to Edinburgh at the start of May, before concluding with a home tie against Ulster on Saturday, May 10.

Penney said: “We have a pretty hard draw coming home, but there are games there that if we play well in won’t intimidate too much. Picking up a losing bonus point against Leinster - they all count - it is not the desired results obviously, but you have to give Leinster a lot of credit.

“Our defence stood up most of the time, so there will be some good learnings out of that. We can’t replicate that intensity any other way than playing it, so the boys have had a great lead-in to Toulouse.”