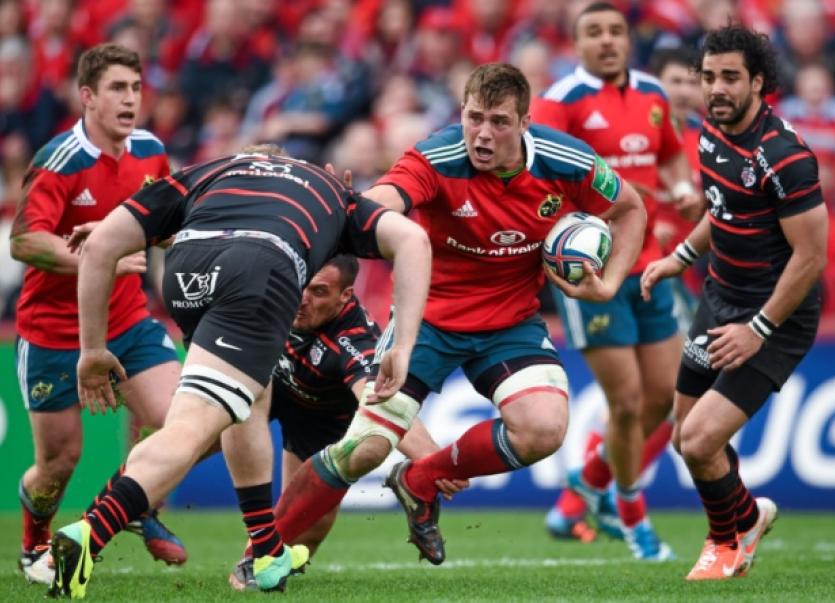 MUNSTER coach Rob Penney said the emotion generated by their passionate fans before kick-off had played a key role in inspiring the province to their 47-23 Heineken Cup quarter-final thumping of Toulouse at a packed Thomond Park.

MUNSTER coach Rob Penney said the emotion generated by their passionate fans before kick-off had played a key role in inspiring the province to their 47-23 Heineken Cup quarter-final thumping of Toulouse at a packed Thomond Park.

Penney’s charges put the four-time Heineken Cup winners to the sword in the second half, scoring six tries in all, to set up a semi-final showdown with either Leinster or Toulon on April 27.

Penney said: “It was an extremely satisfying win, not only in the outcome, but the performance, I though, was terrific.

“Great credit to the lads, both sides of the ball. You need to be against a side like that. It was indicative really two minutes before the boys went under the tunnel following the warm-up and the crowd support they got. The boys came back into the changing room just before going back out for the game and there was a bit of emotion there, wanting to repay the fantastic support that they had, the cheer, the emotion the crowd pushed their way as they came as they came under the tunnel.

“They are pretty special and unique experiences for players. That is why we started so well.

“It was one of the most pleasing performances of my time here, against a side like that (Toulouse) and the occasion it was and the manner in which the boys went about their work. Not once did they go into their shells or get nervous even when a little bit of pressure was coming on them mid-way through the second half. They stuck to the task, stuck to the strategies we had put in place and got the reward out of it at the end.

“We are in the semi-final. Wait and see who comes through. We will move on from there, We have a massive RaboDirect PRO12 game next week (v Glasgow). We will let the boys celebrate this for 48 hours and we will react to the Leinster v Toulon game.”

Munster led 13-9 at half-time, having played into a stiff breeze. Penney described the performance of Man of the Match CJ Stander who replaced the injured Peter O’Mahony in the opening half as ‘magnificent.’

Penney said: “They had the breeze in the first half. I thought there were probably a couple of other opportunities to get some scores. To be up after playing in the wind and playing the way we were was a great joy.

All the tries were well constructed and you would have to say the boys deserved them and earned the right to be feeling good about themselves.