Ireland not in Australia’s league at Thomond 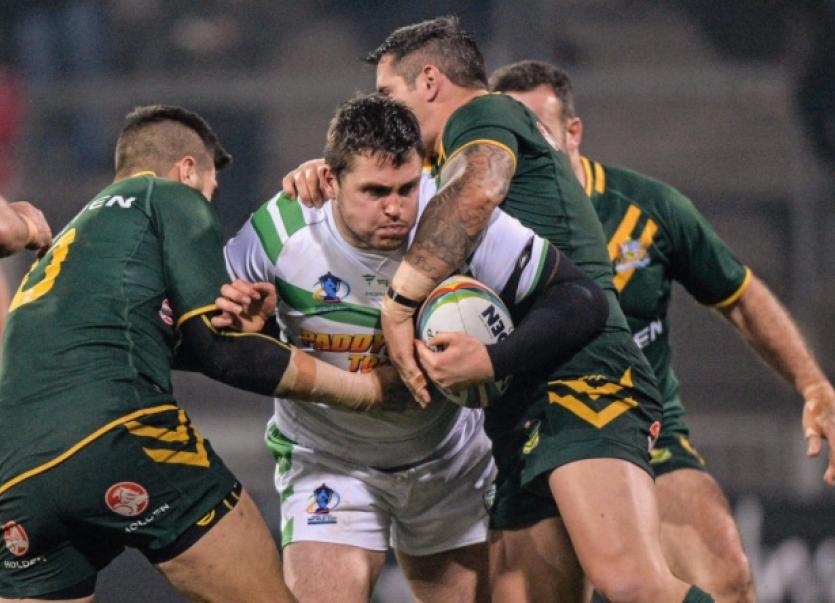 Pre-tournament favourites the Kangaroos ran in nine tries to see off a game, but limited Ireland side on a 50-0 scoreline before 5,021 paying spectators - a record for a rugby league match played in this country.

The defeat finally ended Ireland’s hopes of making the quarter-finals of the World Cup, but realistically those hopes were dashed by their opening round defeat to Fiji.

Ireland coach Mark Aston said he was immensely proud of how his Wolfhounds - 75/1 rank outsiders to pull off a shock with the bookies - had played.

“I thought the boys stuck in there, had a dig and showed character,” Mark Aston said.

“Australia have been together years and years. We have thrown a group of people together over the past three weeks. But they have the right team ethos and spirit. They will develop.

“The facilities we have had at our disposal have been outsanding. I would like to thank the people of Limerick, especially at UL, who have worked with us. The hotel was fantastic. There are a lot of positives to come out of it.

“The next phase for Ireland in rugby league is to target a fee more players coming through. The game can grow.

“There are 20-odd teams playing league domestically at amateur level in Ireland. The big challenge for them - which it always is - rugby union in Ireland is huge. This facility (Thomond Park) is jammed every week.

“There are 48 development officers (union) in this area alone. The challenge is to get players playing league. We have to be smart, set academies up, and target those who don’t probably hit it for union. We have to develop them as League players.”

Australia’s world renowned half-back Cooper Cronk said he was delighted to have the opportunity to play at Thomond Park.

The 29-year-old Melbourne Storm star said: “This is the first time I have been to Limerick, to play rugby at the home of Munster, a powerhouse in rugby union. Even though the crowd wasn’t great and the union international was on in Dublin, the experience to spread the word on league is what it is all about.”