Kilmallock boss urges caution ahead of All Ireland semi-final 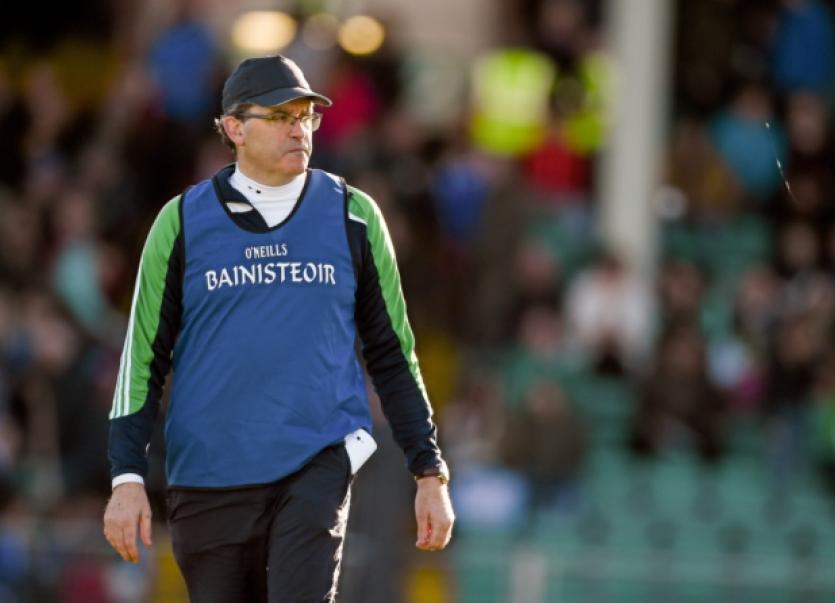 KILMALLOCK manager Ger O’Loughlin is urging caution ahead of his side’s All Ireland club SHC semi-final against Down champions Portaferry in Mullingar this Saturday.

KILMALLOCK manager Ger O’Loughlin is urging caution ahead of his side’s All Ireland club SHC semi-final against Down champions Portaferry in Mullingar this Saturday.

The game has been switched to the Westmeath venue after Semple Stadium in Thurles failed a pitch inspection. It throws in at 2pm but is now not live on TG4 as they will be broadcasting the Gort v Ballyhale Shamrocks game which starts at the same time.

Kilmallock are the hottest of favourites to advance to the All Ireland final on St Patrick’s Day but O’Loughlin knows that his side will have to be at their best to avoid a slip up.

Kilmallock were crowned Munster champions in December following an extra-time thriller against Cratloe in the Gaelic Grounds, that coming on the back of another epic win against Sarsfields of Cork in the semi-final. But Saturday’s game provides a different challenge altogether against a Portaferry team that claimed their first Ulster club title thanks to a comprehensive win over Antrim champions Cushendall.

“Obviously they’re a team we wouldn’t have come across before but I’ve watched a couple of videos of them and they’re a very decent side,” said the Kilmallock boss this week ahead of the game.

“They’re well able to hurl as well as being very physical so if we’re not tuned in from the start then we’ll be in trouble.”

Despite being without Gavin O’Mahony, who is suspended after picking up a straight red card in the Munster final, O’Loughlin reports a clean bill of health. Last year’s Limerick minor duo of Robbie Hanly and Paddy O’Loughlin are contenders to come in for O’Mahony along with the likes of Benny Burke and John Meade, who have also seen championship action in recent times.

O’Mahony’s absence will be sorely felt and O’Loughlin knows that others are going to have to replace O’Mahony’s leadership abilities as much as his hurling prowess.

“Gavin is such a big leader for us on the field that he’s going to be a massive loss but other lads are going to have to make up for that.

“I’m happy with how we’ve prepared. We trained away as normal up to Christmas and took about ten days off and got going again early in January.”

Games against the Tipperary and Clare seniors as well as the LIT Fitzgibbon Cup team have kept them ticking over and they’re steeled for the battle that lies ahead of them.

Portaferry were surprise Ulster champions, 1-16 to 0-10 winners over Cushendall. That came after an easy semi-final win over Fermanagh’s Lisbellew and a one-point win over Ballycran in the Down final.

Paul Braniff is their big name and, at full-forward, their big threat. A regular on the Down team since he was a teenager in 2000, Braniff captained Down to Christy Ring Cup success in 2013 and is a reliable source of scores along with fellow attackers Eoghan Sands and Aaron O’Prey.

But Kilmallock would appear to have too many tricks up their sleeve. The form of Graeme Mulcahy for club and county means that he’s bound to be marked closely but Kilmallock have quality all over the field. Bryan O’Sullivan was immense in the Mnster final and Paudie O’Brien has always delivered for them. Jake Mulcahy, Robbie Egan, Eoin Ryan and the O’Loughlins are top operators too and the aforementioned Limerick minors of last year should be progressing nicely all the time.

Dealing with the long break between the Munster final and the game on Saturday is a challenge and it’s one that has caused plenty of problems for clubs before. But Portaferry are in the same boat and don’t appear to be as seasoned an outfit as Loughiel Shamrocks were when they beat Na Piarsaigh at this stage three years ago.

Na Piarsaigh’s experience is a warning to Kilmallock and Ger O’Loughlin knows that Ulster teams are always well capable of pulling off a shock. Witness the Antrim U-21s beating Wexford in the All Ireland semi-final in 2013 or Effin losing to the Armagh champions in the 2012 All Ireland intermediate semi-final. Forewarned is forearmed.

There’s plenty of work to do but Kilmallock are good enough to get through to the All Ireland final.