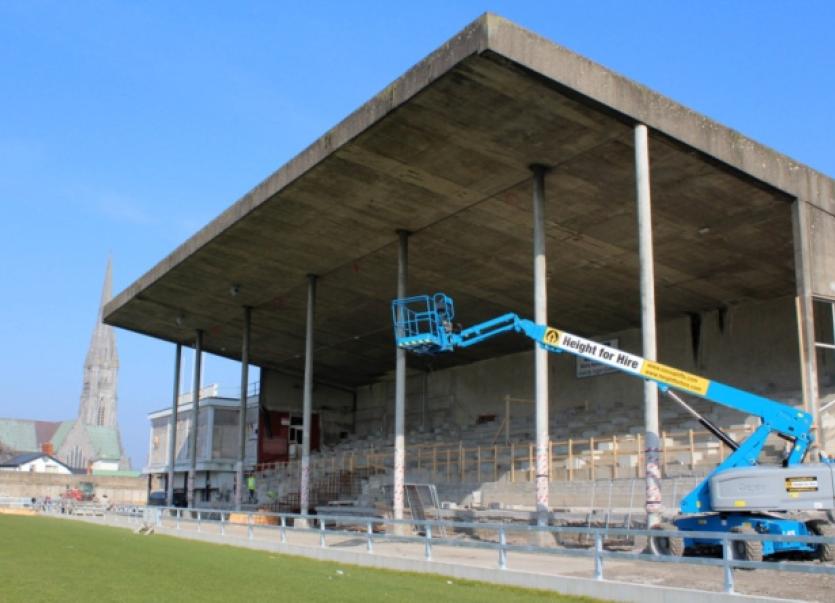 The statement described the opening night as one of “celebration for the Club, LEDP and the city as one of its most iconic and historic sporting assets enters a new phase.”

The statement continued: “To all that have helped us to get to this point we express our immense gratitude and we look forward to many long and successful years playing host to Limerick sport.”

It had been hoped that the new-look stadium would be ready in time for Limerick FC to begin their Airtricity League season at the venue in March. However, the project was delayed and Limerick have opted to play their home fixtures through the opening months of the season at Jackman Park.

Redevelopment work on the former greyhound stadium, which is considered to be the spiritual home of senior soccer in Limerick, is continuing at present. When completed shortly, the venue will be a Category 2 UEFA stadium with a capacity of 3,075. The main stand will have seating capacity for 1,340. That area is designed for home supporters as is the terracing on what was known as the poplar side and across at the Cathedral/Rossa Avenue end. Away fans will be facilitated on a demountable stand on the Geraldine Villas end of the ground, accessing the ground through the Geraldine Villas gate.

Munster GAA Championship finals, the first Munster v All-Blacks rugby match in 1905 and Garda sports days have been staged at the Markets Field in the past.