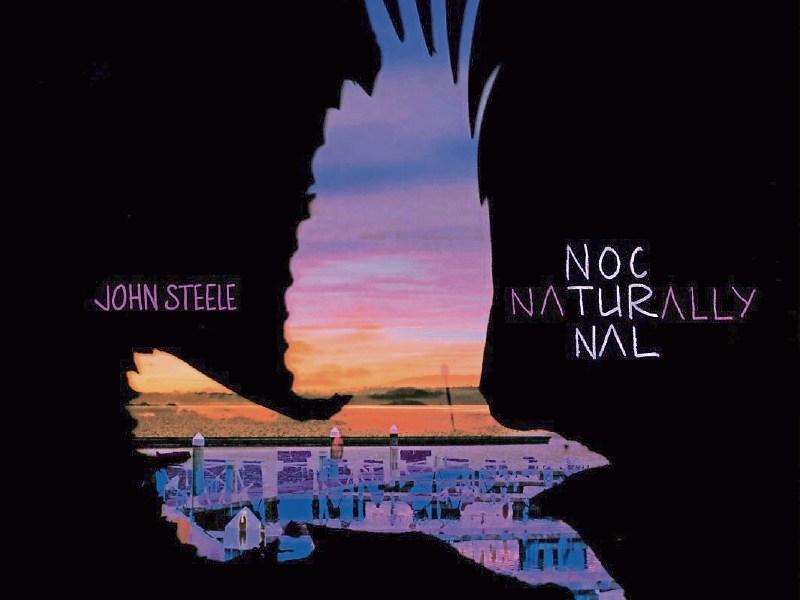 Naturally Nocturnal is a superb new album by John Steele. “…a lot of the songs are about finding light in the darkness…I just love the way the world feels at night. Some of us are just naturally nocturnal.”

From the opening track, ‘Sometimes I Lose Myself’, we realise we are in the realms of exceptional quality. This leads into the second track, ‘The Motorways Are Full of Broken Hearts’, which was released as a single on May 28.

The strongly empathetic voice of the artist comes through clearly in the third track, ‘I was that Soldier.’ This is a song about battling depression, loneliness, anxiety, “Don’t let it be all that defines you. Let it be what binds you to me” are poetic lyrics.

The fourth song in the collection, ‘Everyone Breaks’, is reminiscent of the REM classic ‘Everybody Hurts.’ Here again we encounter the compassionate character and tender humanity of Steele. The lyrics are again of exceptional quality, “I couldn’t see a future, so I lived in the past. I drowned myself in substances to get to you fast.”

That latter line is confessional and has massive credibility. Here is a very gifted musician/songwriter who is not afraid to open himself up in his art. The result is an honest recognition of our common humanity and vulnerabilities. But the music is not just background for the lyrics.

In the sixth song, ‘It’s A Liars World’ we meet a man who believes in truth and owns a sense of frustration about the distortion of truth and a contempt for those twist it.

Overall it is a marriage of music and lyrics – and it has something intangible – a Je ne sais quoi. The seventh song, ‘Take Your Time’ makes me want to take a long drive on my own with this album playing in the stillness of the night.

Track number nine, ‘Adrift’ is a timely commentary, “You can say what you like these days, you can say anything at all” and the refrain, “He who shouts the loudest knows the least” is true and relevant.

“This album is dedicated to my great friend Stuart Byrne. He made every part of the day and night brighter” says John. “Not a moment wasted, not with you. Laughing at nothing, laughing at everything.” The words of this song are ‘spoken’ directly to Stuart who is still alive in John’s memories. Although it is a song about grief it it positive “Better for having known you,” is a great tribute.

All songs recorded, mixed and produced by John Steele and mastered by Richard Dowling at WAV Mastering. All instruments and lead vocals are by Steele. Eamonn Hehir is credited with backing vocals on ‘Everyone Breaks’ and Aileen Downes is backing vocals for several songs. Brian Bermingham is on backing vocals on ‘I Was That Soldier.