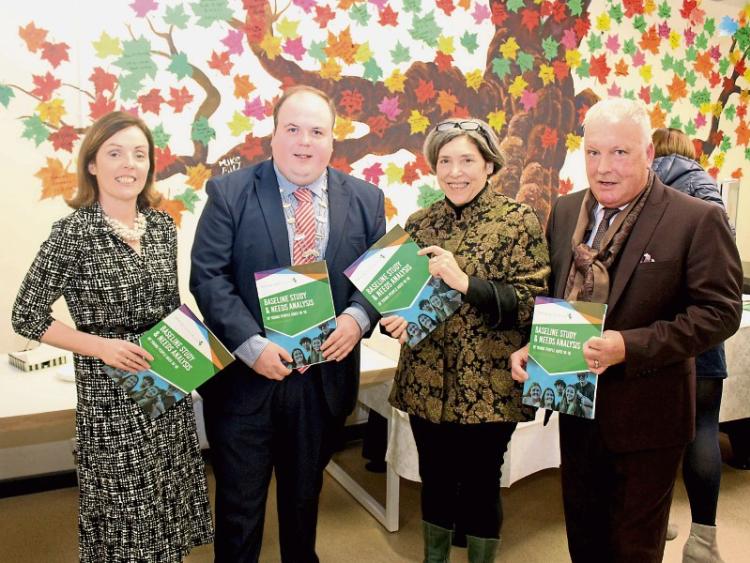 A GROUNDBREAKING survey of young people in Co. Limerick casts a new light on what life is like for our 10-18 year olds.

And while the findings tell us that young people in the county, are, in the main, doing very well, there exist areas of concern on health, safety, opportunity and other issues where sizeable minorities are experiencing difficulties or problem.

Speaking at the launch of the report last week, Ms O’Grady said the next step in the process would be workshops, starting from the premise: ‘this is what was said, now what are we going to do about it’.

The survey, researcher Sue Targett explained, was both qualitative and quantitative and involved consultation with over 200 young people in focus groups while  505 young people ranging in age from 10 to 18 completed a long questionnaire.

“We talked to the young people first so their questions and responses inform the survey,” Ms Targett said. Taken together, she said: “They told us what it was like growing up in rural Limerick.”

She described the young people met during the research as active, open, lively confident “It was a joy to go into the classrooms,” she said and the survey results give an overwhelmingly positive picture.

But, she explained, it was more a question of looking at the findings in reverse.

So, for example, while two-thirds of young people do not report being bullied online, the concern would be about the third who have been bullied.

The research covered five broad areas: health, learning and development, safety, economic security and opportunity and feeling connected and respected. Among some key findings, the survey found  that young people are more likely to seek out support from peers in time of stress than from parents or teachers;  one in three young people report that their parents or guardians are not always able to help them if they are struggling with school learning and one in five is not sure how to access services if they don’t feel safe at home.

One in five reported they do not always feel respected by their parents/guardians or that their opinion is not always taken seriously.

The survey  concludes that young people in rural areas are concerned about maintaining their anonymity when accessing services relating to mental health, sexual health and sexual identity and substance abuse.

The survey also  clearly identifies that certain groups of young people  face difficulties that their mainstream peers do not and these groups include LGBTQ young people, those whose parents were not born in Ireland and ethnic and cultural minorities including Travellers.

And the survey concludes  that stress increases as young people get older and this needs to be acknowledged and young people helped to deal with it.

The survey also makes recommendations to enable young people to be heard.