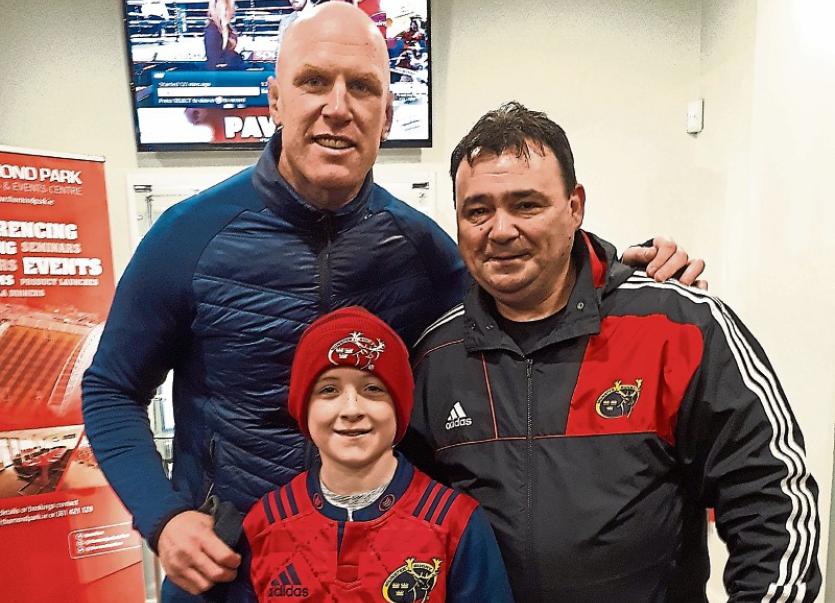 A RUGBY-mad youngster whose hero is Munster legend Paul O’Connell has earned a trial with top English rugby side Wasps.

Zach Molloy, 13, who is originally from the South Circular Road, but now living in Britain, was stung by the rugby bug after watching the former Lions captain O’Connell line-out for Munster.

After meeting the star at Thomond Park, he joined Gloucester’s under-age programme, where he was spotted by a scout from Wasps, who play in the English Premiership.

His proud mother Louise said: “He’s a good little player. Up until last year, he played on the wing. But this year he’s a flanker. On Sunday, we had a match against a local club, a county cup match, and Zach got a try in the first three minutes. He kept going then, the tries kept coming. There was a Wasps scout there.”

Although he is only 13, Zach plays at an age level higher, and hopes to also bid for a place on the Irish Exiles panel.

And although he is hoping to get his big break with Wasps, Zach’s ultimate ambition is to pull on the red jersey of Munster.

”Zach’s dream is to go back and play for Munster. He always trains in his Munster jersey, he wears it at games, he wears his Irish socks. But he is 100% Munster. One day he hopes to play for Ireland too,” Louise added.

He will be back on Shannonside to witness his first ever St Patrick’s Day parade next month.

Previously, the Limerick Leader reported on how the teenager had a lifelong dream to meet O’Connell. When he returned home in October 2017 for half-term holiday, he met his idol after his mum put out an appeal on the internet.