Making Cents: How to coast through to retirement 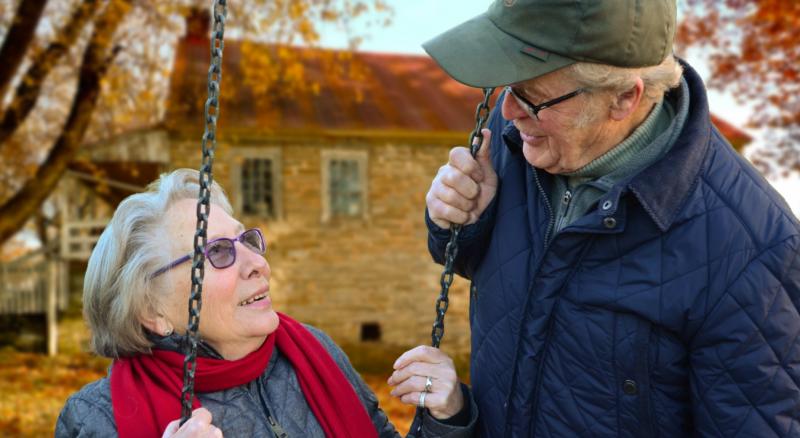 People who have successfully achieved their Coast FIRE still need to work, but they only work to cover current living expenses

HAVE YOU ever wondered if there ever comes a point where you could stop making pension contributions ever again?
Maybe you’ve never given it any thought whatsoever and you always thought you’d have to make contributions right up until you retired.
Well, perhaps that doesn’t have to be the case and there can come a time when you can stop forever, and it still won’t impact your income when you are older, and when you do retire.
I’m going to tell you how this could happen, but before I do, let me first give you some background as to where the numbers, I’m going to reveal to you, came from.
You may have heard of the Financial Independence Retire Early (FIRE) movement.
It’s where people try to fast forward retirement and become financially independent quicker.
Their goal is to get to a position where they can stop working entirely because they’ve built up enough savings that will pay them an income that will be enough to maintain their lifestyle for the rest of their lives.
And the sooner they can arrive at this critical number for them, the better.
It’s a big ask though, because they have to save a very big % of their income while working. And the problem with that is, they have to live off very little for probably a considerable amount of time.
The target amount they have to aim for is based on the 25/300 rule which means they need to accumulate a fund which is 25 times their annual expenses or 300 times their monthly. With either calculation you’ll arrive at the same number.
So, if someone needed €2,000 per month, they’d need to build up a fund of €600,000 and doing that in a relatively short period of time is quite a challenge.
If, for example, you are 25 and you want to reach that FIRE number when you’re 35, it will require net savings of €60,000 per year. Returns on the investment will help somewhat, but I’m not so sure there are many people who could (a) save that amount every year and (b) have money left over that covers all of their current monthly expenses.
Because it’s so difficult there have been variants of FIRE and some of them have been called Lean FIRE, Fat FIRE, Barista FIRE and one more that I really like and relevant to what I promised I’d tell you from the outset about reaching a point where you never have to worry about making pension contributions again, and it’s called Coast FIRE.
With Coast fire, the premise behind it is, that people don’t want to stop working, but they’d like to reach a point where they could dial back the pace they work at and not have to earn as much, and how can they achieve that without it impacting on their future selves.
And the solution to this conundrum can be found with Coast Fire.
The idea is simple, accumulate a fund that when it reaches a critical amount, if no further contributions were ever made to it, it will still grow over time and hit that end target fund that will pay you the income you need when you are older.
Your fund therefore reaches a tipping point whereby the power of compound interest and time allow your fund to coast to the target amount you need when you decide to retire.
People who have successfully achieved their Coast FIRE still need to work, but they only work to cover current living expenses, and don’t have to build up their savings or investments for a future retirement, because that’s already been taken care of.
The big benefit to this strategy I guess and why it’s an attraction to people is knowing when they can stop putting money into a pension fund full stop without it impacting their future selves.
The importance of knowing this means that if they decided to pivot and pursue a change of direction from a career perspective, whether that is choosing to be involved in a high risk start up, the self-employed consultancy route or as an employee of another corporate, pension contributions don’t need to be part of their remuneration conversation.
That doesn’t mean they don’t want them, of course they do, it just means they’re not a deal breaker or a barrier to joining a company that doesn’t have a group pension scheme, that’s all.
When you look at what that might look like from a contribution perspective, it might look something like this for someone:

Years 25 – 35
They save 30% of their salary (I’m just using this as an example number) towards their future retirement and....

Years 36 – 65
They save 0% of their salary towards their future retirement.
As you can see the idea behind coast FIRE is to front load your contributions when you’re young because you have decades of investment returns ahead of you which can turn small amounts into big ones.
Again the big advantage of doing this from an earnings perspective, is that they can earn less because they don’t have to make pension contributions. They are eliminating this expense permanently from their life and only need to work and earn an income that covers their living expenses.
Some people might elect to live at home in their 20’s in order to build up their Coast FIRE number or use a possible inheritance or gift towards their Coast number, and others will elect to take a less extreme approach, and that’s okay as well, each to their own, right?

How to calculate your coast retire number
For reference, I now want to show you how to calculate what your coast number is.
And it’s dependent on two factors and they are:
Yearly expenses in retirement, and Years to retirement
Once you know what both numbers are and you apply the numbers I’m going to outline below, it will show you what your walk away from pension contributions number is.